The Cave House is a building, in which a modern design rooted in the legend of the Wawel Dragon combines with the idea of ecological and sustainable architecture.

The Symbiotic House designed in BXB studio recognized as the most ecological building of the year 2019 according to PLGBC, is a house in which ecological elements accompanied a contemporary architectural block. Our latest project – The Cave House – is a building whose unique and innovative design is a derivative of ecological functional and spatial ideas and the principles of the so-called human-centered biophilic design, i.e. architecture focused on human health and well-being. These two issues – modern design and eco elements become an inseparable, coherent unity here. Moreover, they refer to the local tradition, history of the place, the nature of the surrounding landscape and the principles of sustainable development. The Cave House is a biophilic architecture, which, in addition to basic issues in the field of function, aesthetics, ergonomics and energy efficiency, focuses primarily on effectively providing the user with the necessary factors affecting his harmonious coexistence with the natural environment, psychophysical condition, and overall comfort of life.

The Cave House, inspired by the legend of the Wawel Dragon, will be built on a plot overgrown with ferns, in the immediate vicinity of the Wolski Forest, near Błonia, and will have a view of the whole of Krakow.

The house is located on a steep northern slope accessible from the road at its lowest point. We decided to place it as high as possible so that from the north it would generate a panoramic view of Krakow, while from the south it would directly connect with the neighboring Wolski Forest.

To optimize communication on a steep slope, we decided on two unusual functional and spatial solutions. We reach the house through a tunnel that starts its course immediately after crossing the property border. In this way, we reduce problems with the driveway and the need for snow removal or road maintenance. We also create a larger green area of ​​the plot, hiding the infrastructure underground. Walking access to the house, and specifically to its southern facade, is via the shortest possible route – we do not go around the building, but simply walk along a natural, green route under the building overhanging the gently undulating mountain slope, which hides underground floors. Thus, we create an inter-storey, shaded forest landscape, which we called The Cave.

The main entrance to the house is formed by both the space of the aforementioned Cave and the undulating shape of the southern façade. It is a modern portal inspired by the centuries-old tradition of forming the entrance zone to the building, but apart from the basic representative functions, it has additional elements that perform specific functions in the building, such as: forming and lighting the forest garden, roofing the entrance zone, acting as static ballast for the overhanging structure of the building as well as the structural basis for internal stairs, the use of air circulation through an external chimney ventilating the building with air filtered by The Cave forest microclimate, while using intelligently controlled windows. We called the characteristic curve of the portal – the southern façade – the ventilation chimney. It sucks in the air coming from the inside of the Cave, and also forms an arcade that protects the southern façade from sunlight in the summer. At the base of the said chimney there is an automatically controlled window that regulates the flow of natural air into the building, supporting the natural ventilation of the house with air filtered by the forest microclimate.

The curved structure of the ventilation chimney or portal creates an open two-level space inside the house, so this entrance portal has a representative function not only on the outside, but also inside the building. It resembles a large, contemporary, spatial sculpture, on which a representative staircase was supported, leading to the first floor and then to the multi-hipped, zig-zag green roof. It was covered with a flower meadow – another added biologically active space, located above the space of the forest, undulating Cave. Therefore, we are dealing with a multi-storey arrangement of green areas and hiding the road infrastructure underground. As a result, the building generates more green space than a previously undeveloped plot. Wavy or zig-zag surfaces additionally maximize the real green area.

Above the flower meadow, at the very top of the building, we designed the observation deck in such a way that it levitates over the garden and does not require a railing while maintaining full safety of use. Thanks to this, we do not disturb the scenic experience, including the panorama of the entire Krakow in the north, east and west, and the view of the Wolski forest from the south. On the terrace covered with a flower meadow, we also designed an outdoor kitchen and a jacuzzi. We also designed a solar farm discreetly hidden in the hollows of a zig-zag meadow.

In the space of the Cave located under the house, we will also find surreal glazing, which we called the Dragon’s Eye. It optically connects the space of the garden and the internal home swimming pool located in the day zone. It is a fairy-tale, surreal skylight reflecting in the mirror surface of the soffit, which multiplies the spatial and visual effect of the mysterious forest Cave.

The ground floor of the building, which levitates over the Cave thanks to the developed steel bridge structure stabilized by the reinforced concrete ballast of the entrance portal, houses an open daily zone – a two-level entrance hall, a living room open to the view of the northern panorama of Krakow and the southern Wolski Forest, a panoramic kitchen in the north-western corner of the house and south-western dining room located directly on the outdoor terrace adjacent to the Wolski Forest. On the ground floor we also located a spa area with a swimming pool glazed on three sides, which has access to external terraces. This will ensure optimal use of the pool throughout the year.

The living area has the character of a modern, modernist, fully glazed interior. The first floor is formed by spaces of smaller rooms, the interiors of which resemble cozy cottages covered with gable roof vaults. We have equipped the building with an elevator and stairs that connect us with the individual floors, also with the underground space, level -1 and -2. Here we have located fitness, technical rooms and a garage hall. This space has been designed in such a way that specially formed light wells ensure the access of daylight to all underground floors.

The facade of the main block of the building will be formed with dynamically laid bricks, which evoke the scales of the fairy-tale Wawel Dragon. The brick also refers to Krakow’s traditions, the ubiquitous brick forming the surrounding houses, tenement houses and fortifications on the Wawel Hill.

The building will be equipped with the latest intelligent systems that will ensure optimal energy efficiency combined with the natural environment, geothermal energy, irrigation systems, rainwater utilization systems, wall heating and cooling systems, heat pumps, natural ventilation, and the use of solar energy. Through a rational architectural structure, the building interacts with the natural environment, lighting, directions of the world, topography, wind, water, viewing axes, flora and fauna – forest and meadow. This is one of the most intelligent, ecological, innovative and structurally and technologically complex houses we have ever designed in BXB studio. 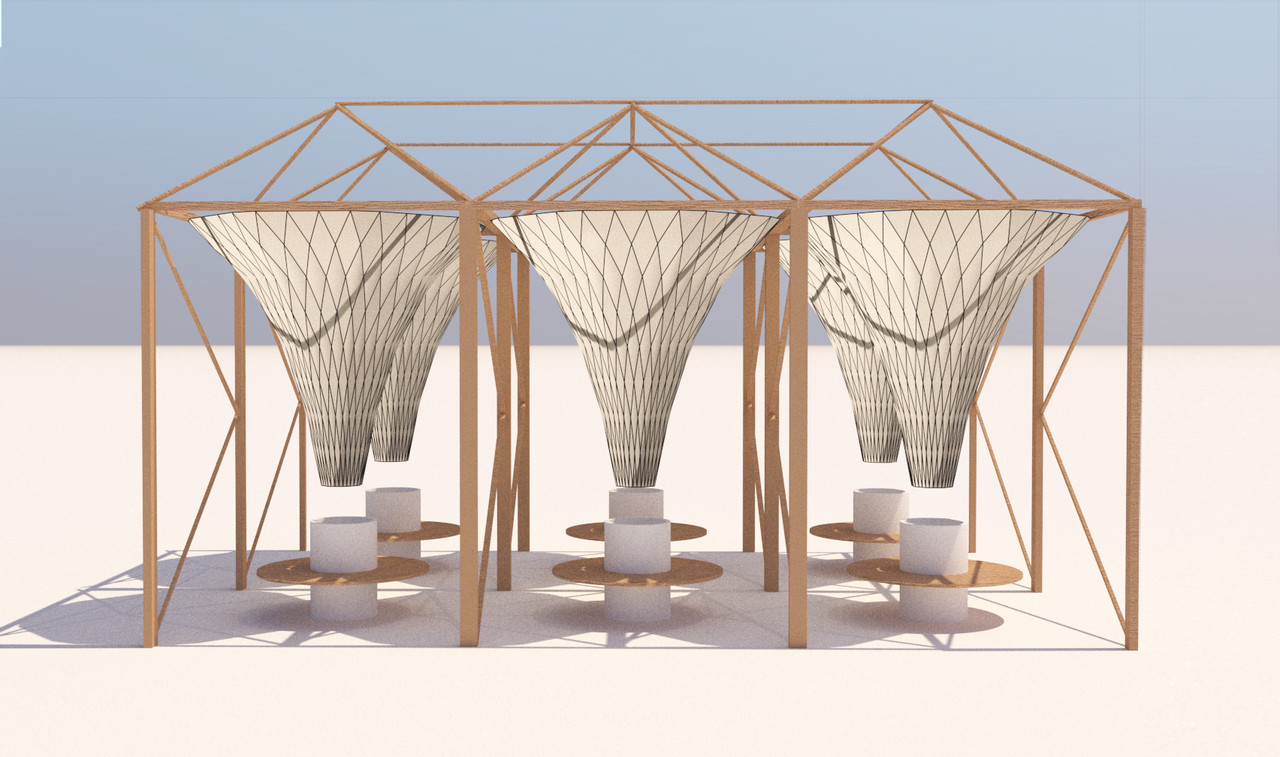 Read More
Dense vegetation that contributes to the urban biodiversity, a simple sweet stand with a strong personality, a large…
pprofessional projects

Read More
Overview ‘Bridging views’ is designed based on the principle of balance. The new architectural insertion balances the safety…
pprofessional projects