In the north of the inhabited old town of Vicopisano, between the well-defined urban centre and the open country, there is the uneven site that is the object of this intervention. This space presents itself as a group of disconnected areas, separated by a road and enclosed by a narrow zone between a canal and the Brunelleschi’s walls that enclose the town.

Therefore the key words are “reorganize” and “promote” what already exists in the area, by also taking the chance of working on the enlargement of the kindergarten that overlooks this space. The natural consequence of these considerations is the overall urban scale vision of the construction that finds its historical and compositional reference in the town.

The project provides for the realization of a paved square placed above slightly staggered levels in front of the building that currently host the kindergarten, while rebuilding the lost churchyard of the adjacent church.Moving on to the narrow and long park under the walls, the project foresees simple and linear ways marked under the walls, connecting the new Arci office to the ancient entrance door. In this case, the presence of open and clean spaces is preferred, in order to enhance the historic sites and make them available. A central gradine is created to be able to use the walls as a backdrop for screenings. 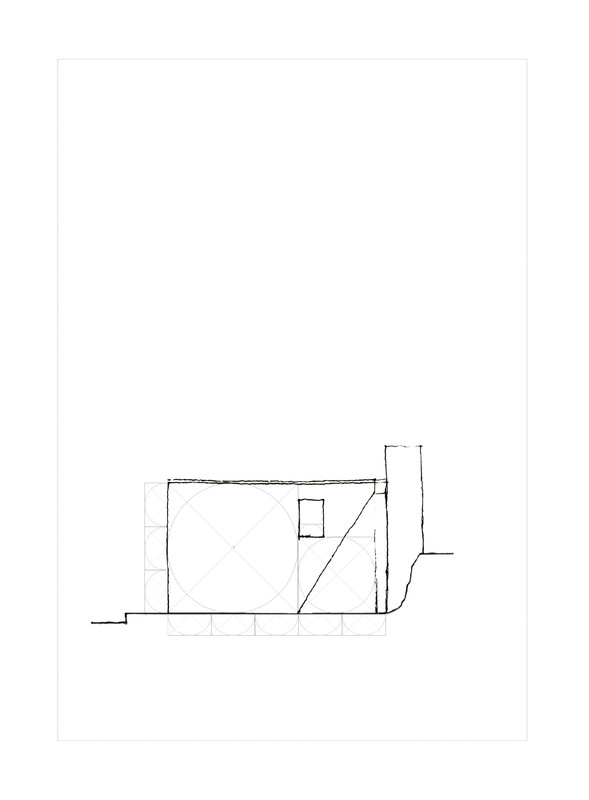 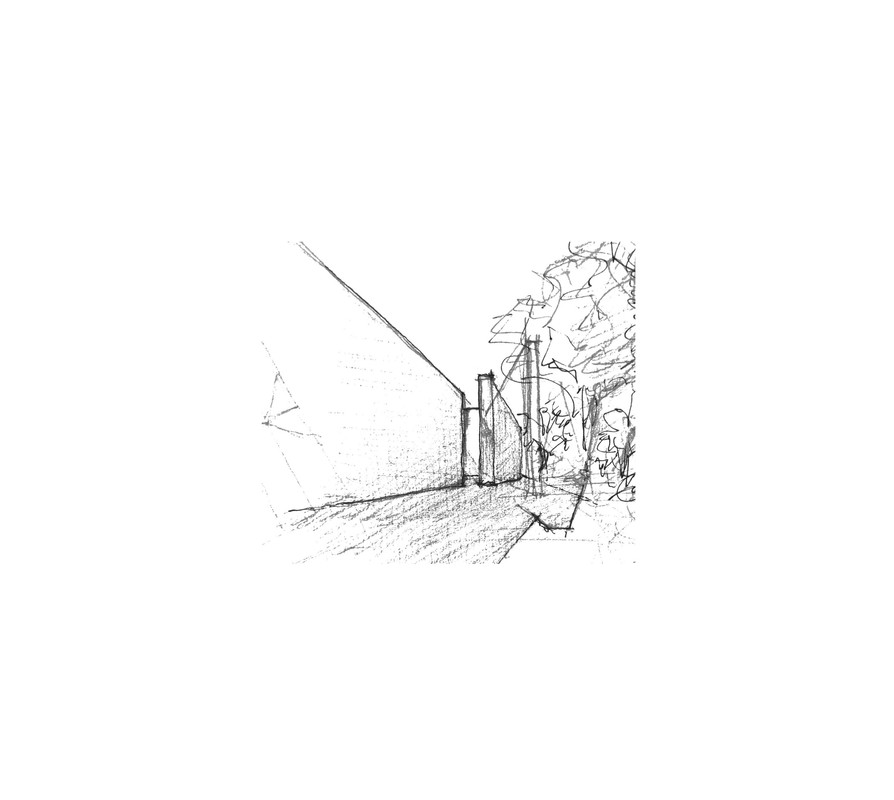 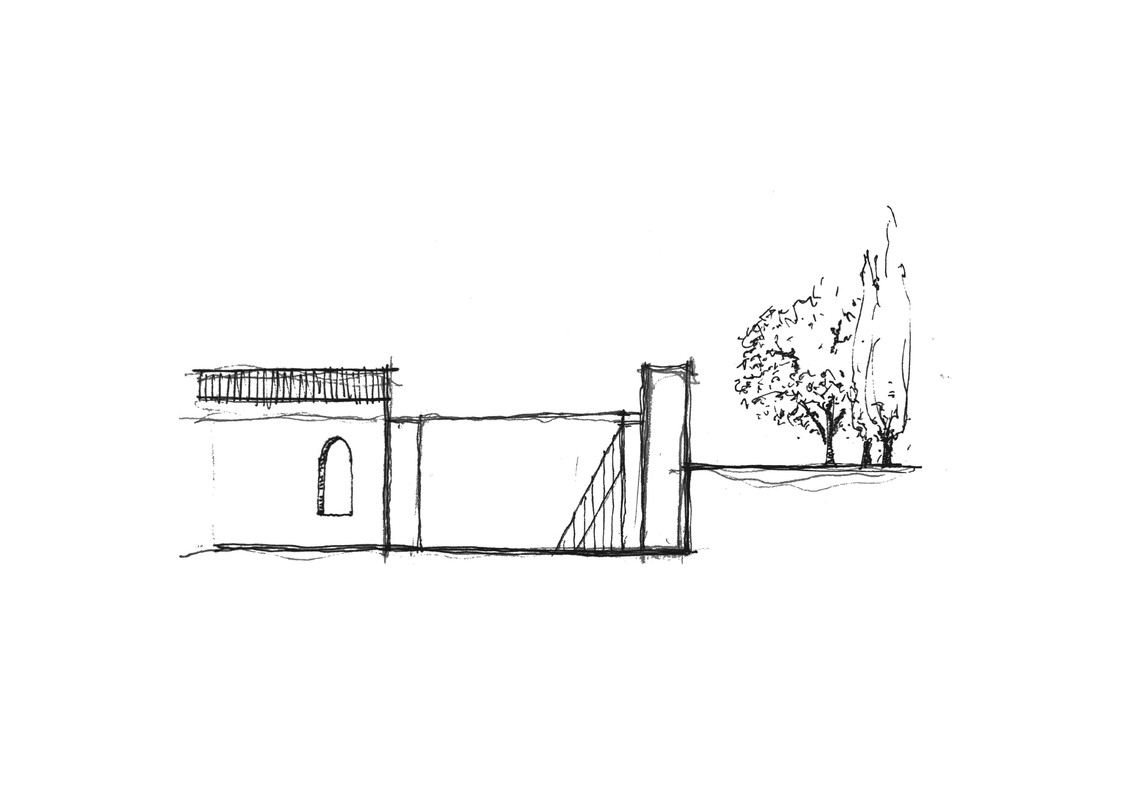 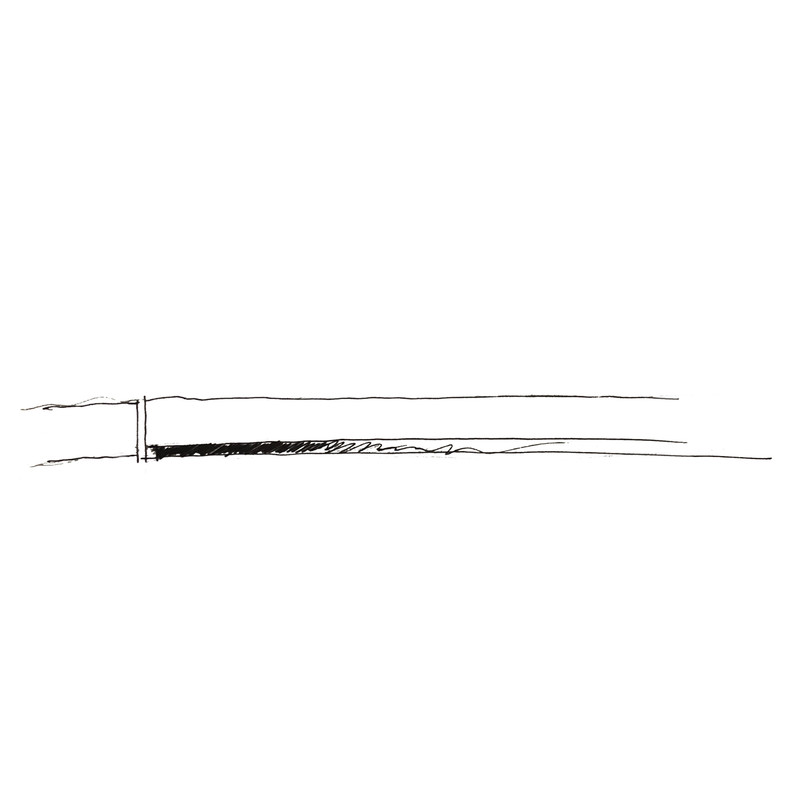 Descending from the stairway, we can focus on the school; The project wants to give more space to the internal areas, by demolishing the inter floor slab while leaving the external part of the building as it is.Going beyond the previous artifact, the expansion is made up by a new volume on two levels, placed orthogonally to the previous one into the rear space, in order to create a big sheltered courtyard between the school and the church. 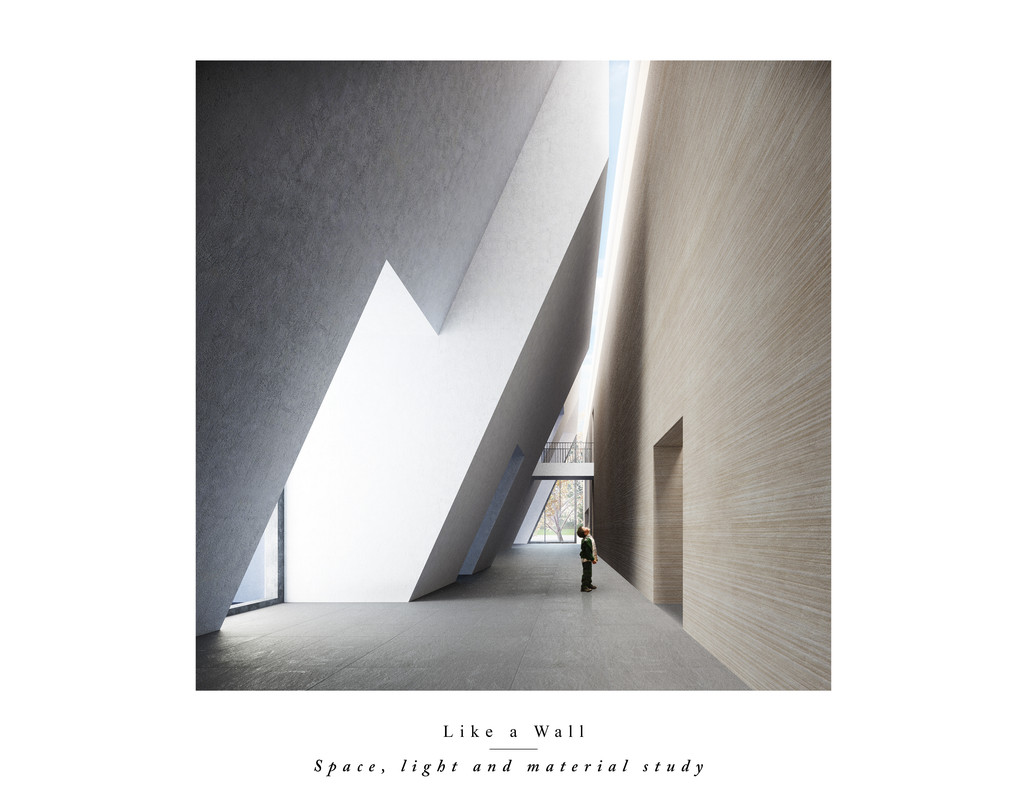 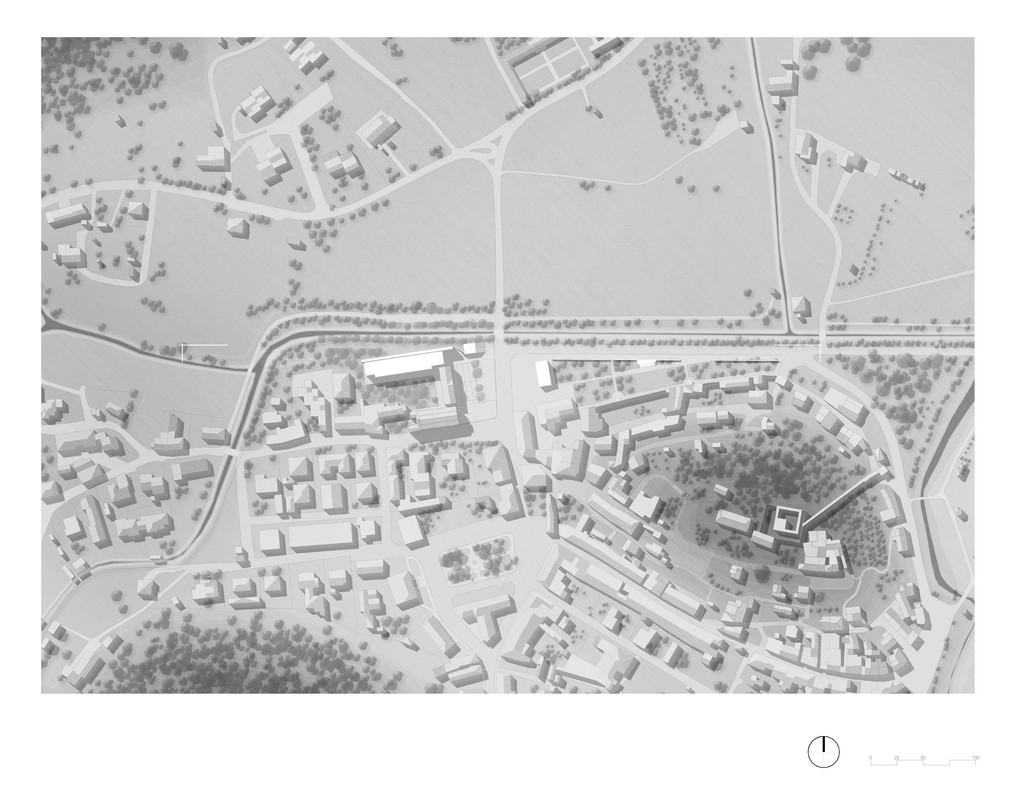 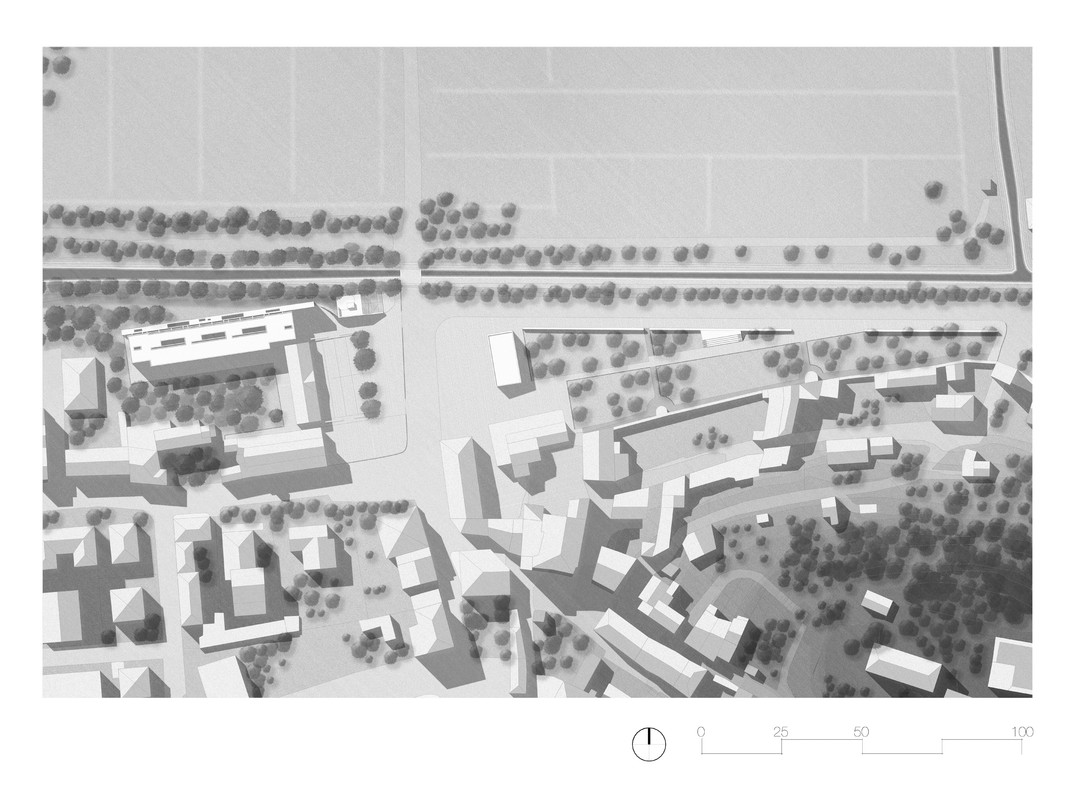 Here everything is thought as part of a full and void system that has to make the natural light work. For what concerns the compositional level, the example of the walled city reflect itself with a building developed lengthwise along a sturdy wall which holds the volumes that host the different functions, the historic fabric of Vicopisano. 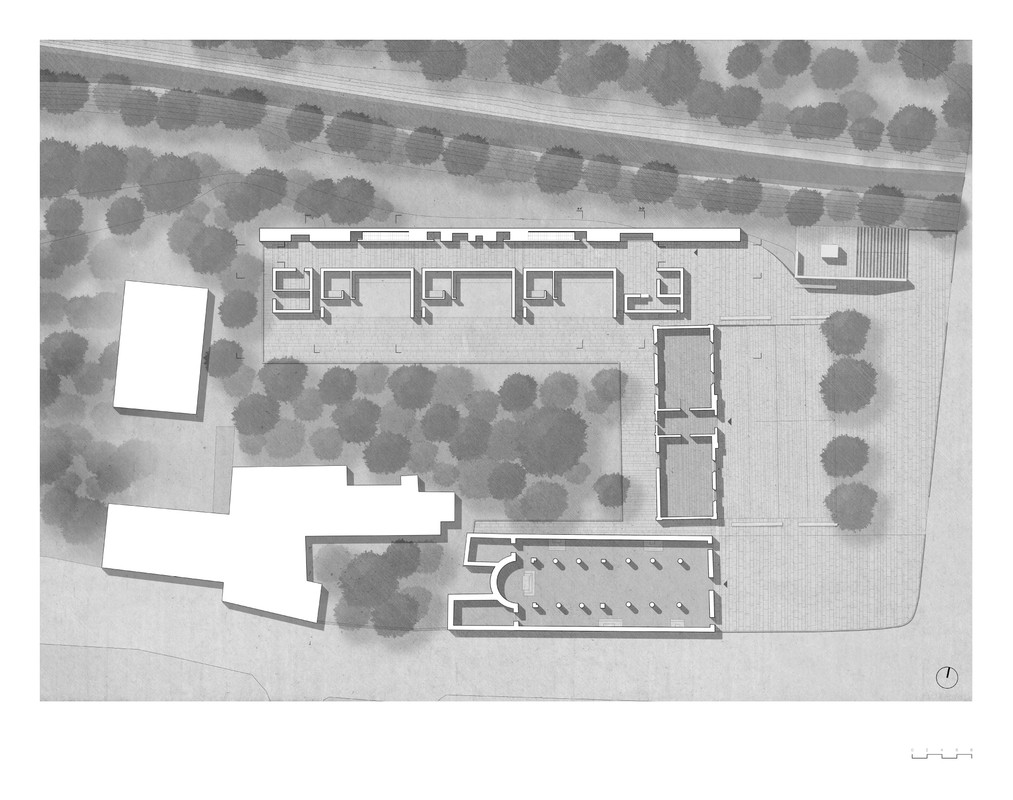 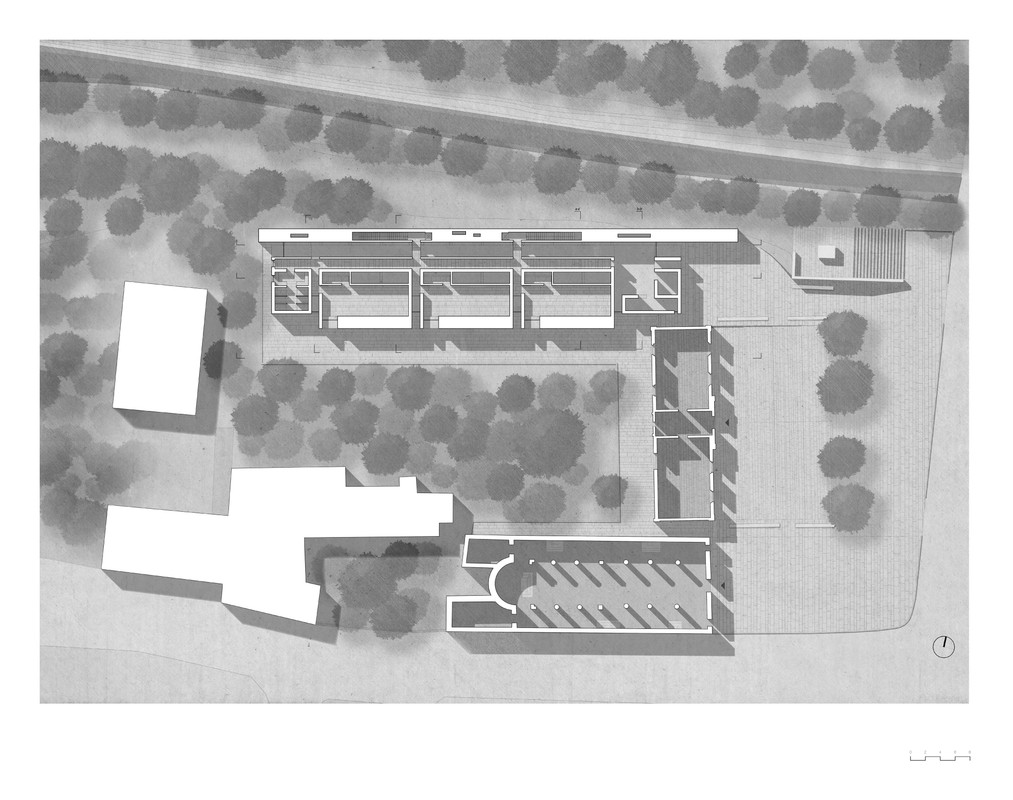 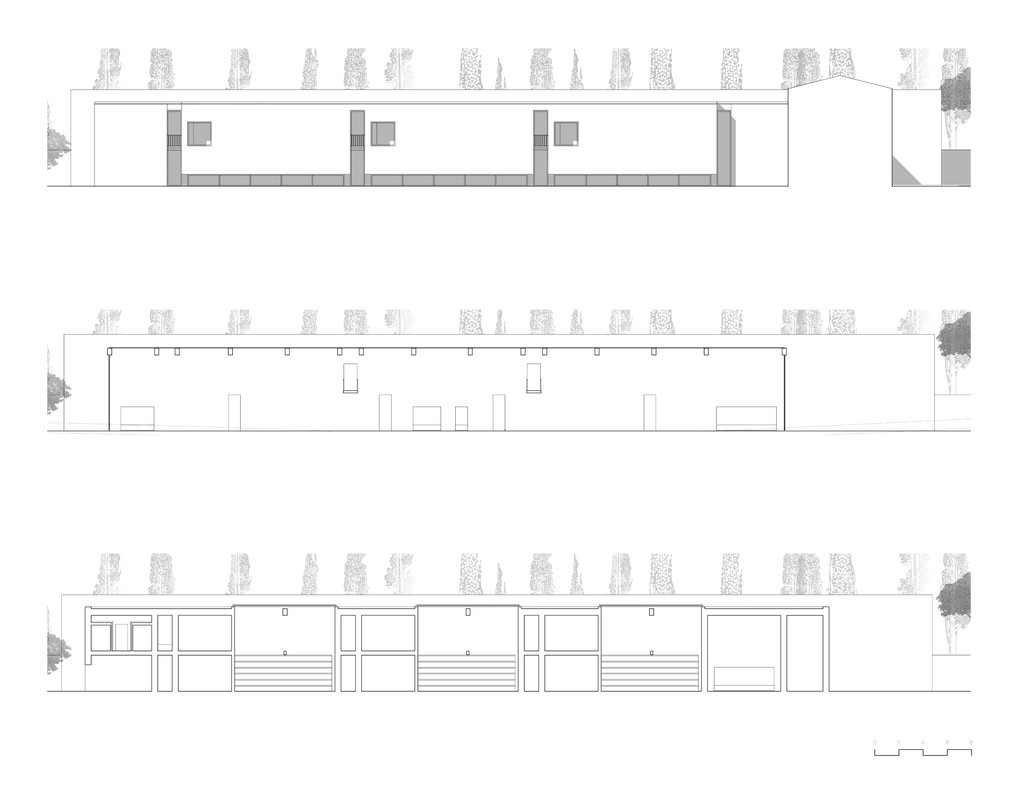 This inhabited wall is more than a simple divider: working in excavation in its own thickness, it contains the vertical connection elements, such as stairways, elevators and various recesses that host some seats within themselves. Through these openings, the light diffusely penetrates from the top, creating a suggestive oxymoron in which the excavated part is brighter than the full one.
The choice of making this characteristic element using fair-face concrete made of local inserts makes the surface vibrating and not ordinary, by strengthening its appearance. 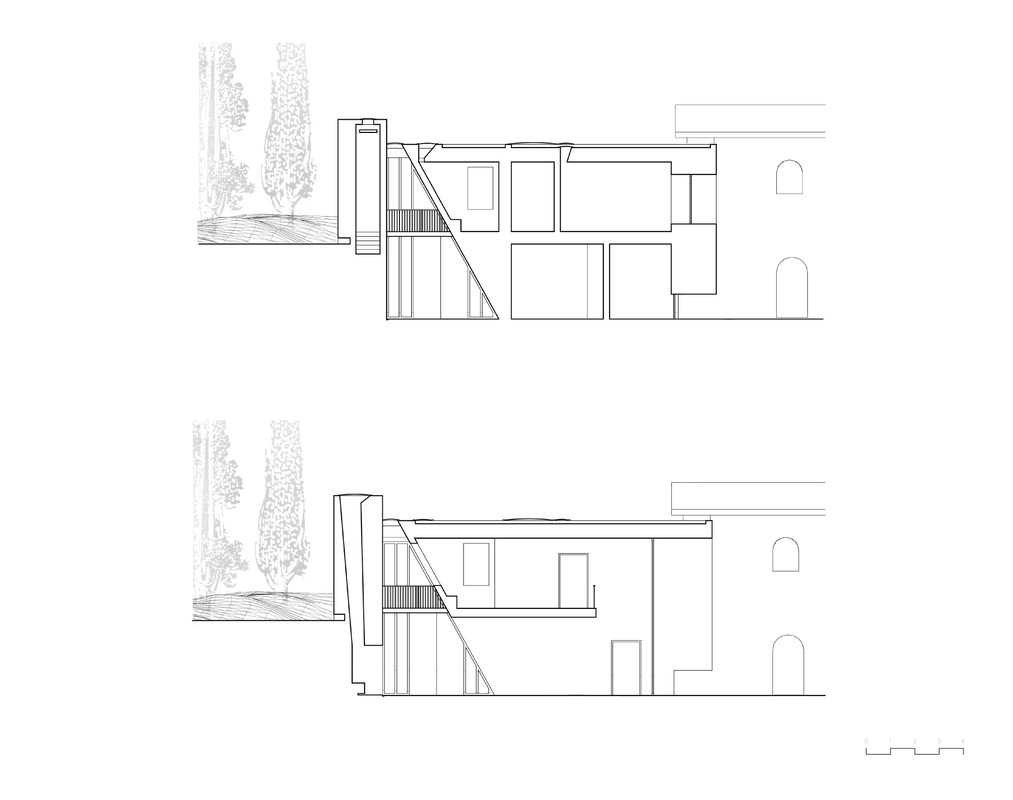 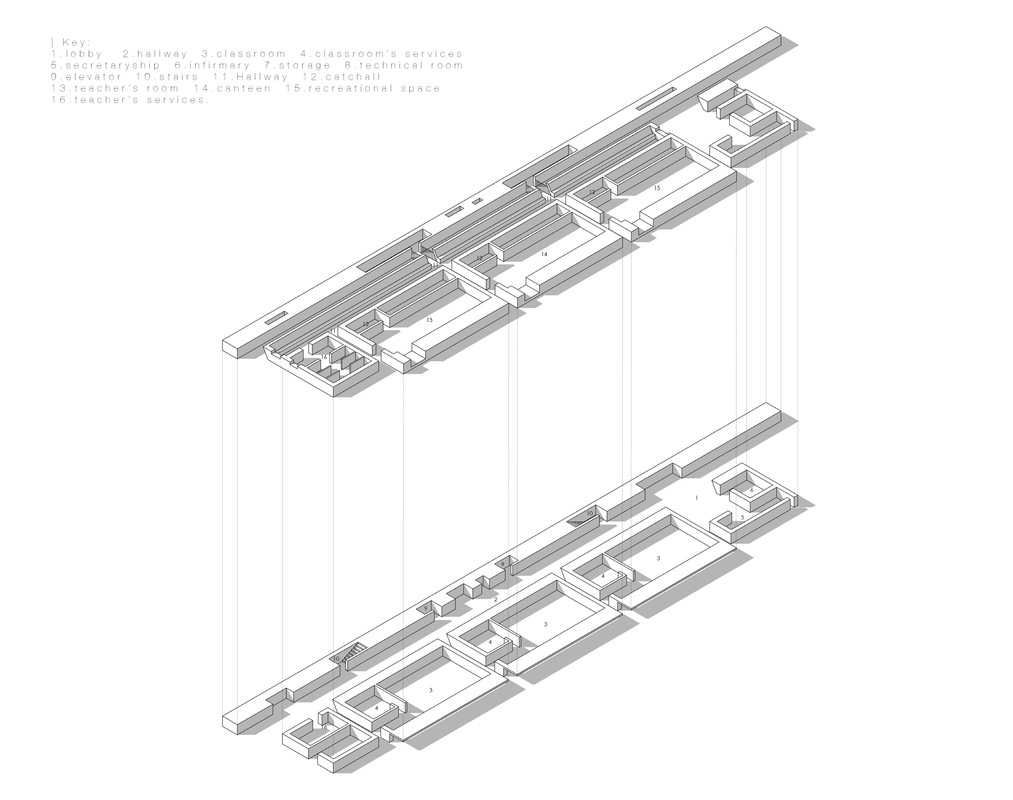 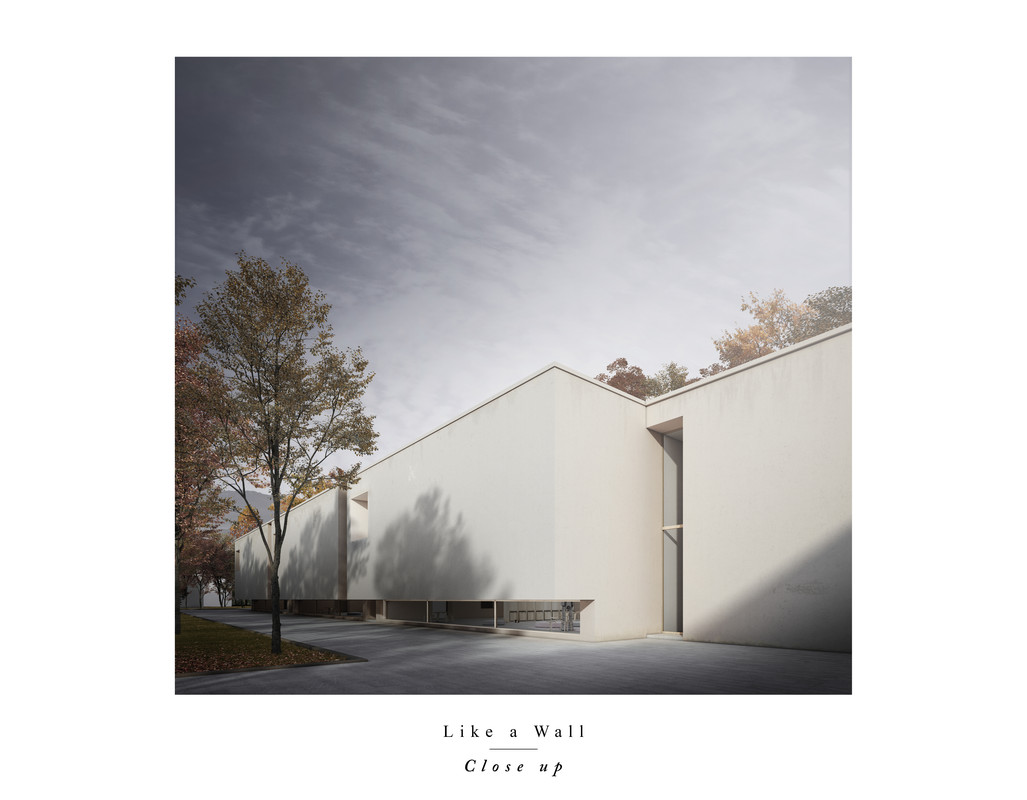 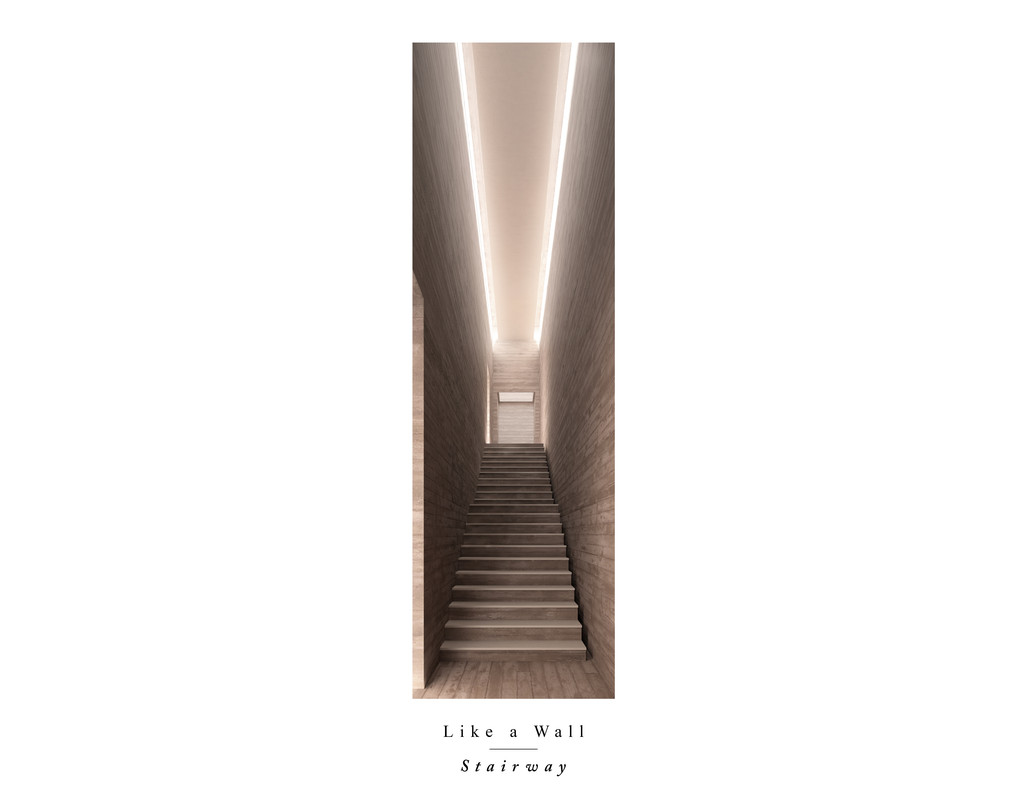 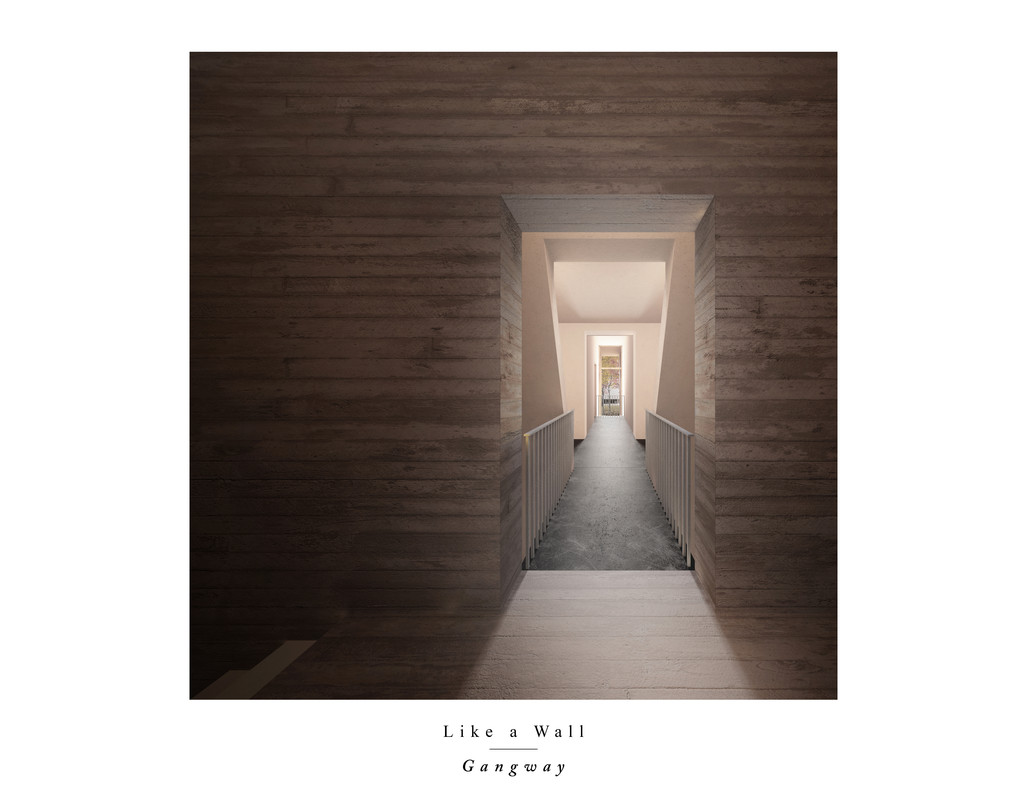 Another expedient to create this result is the realization of the distribution space between the wall and the counterposed volumes.The internal facet of the volumes is sloped towards the wall without touching it, besides the load-bering structure where beams host the casing into their extrados hiding it from the observer’s eyes. The remaining split let a light cascade in, that wash the rough internal partition of the inhabited wall by counterposing to the classroom volumes. 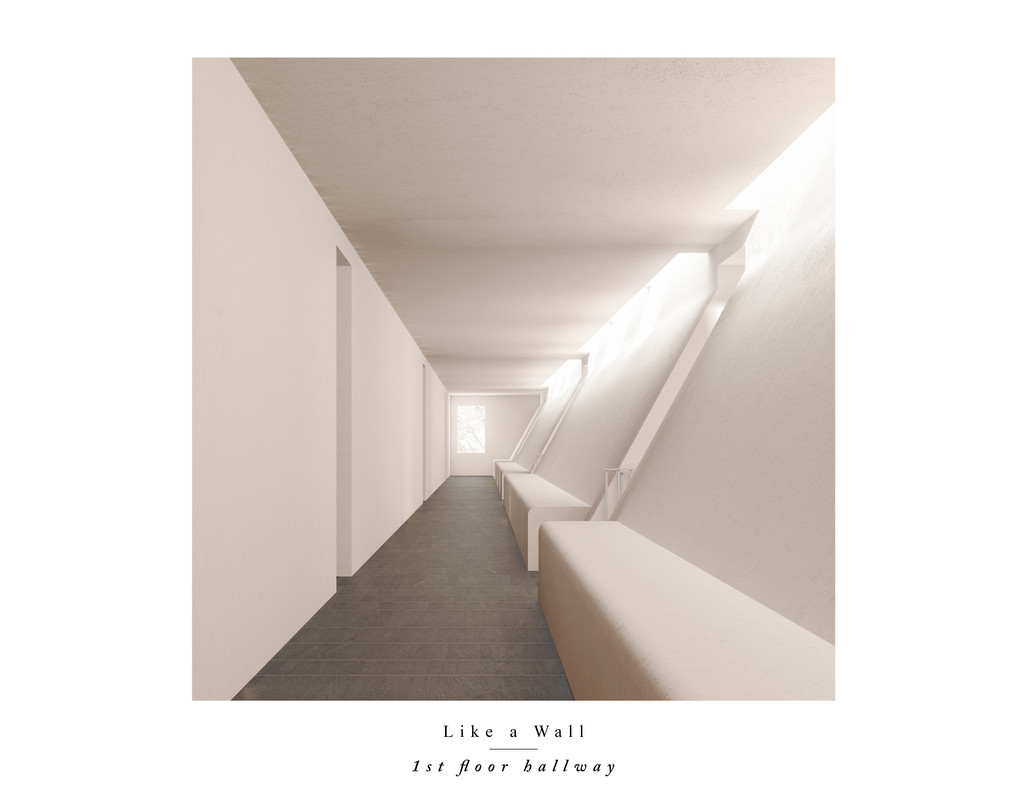 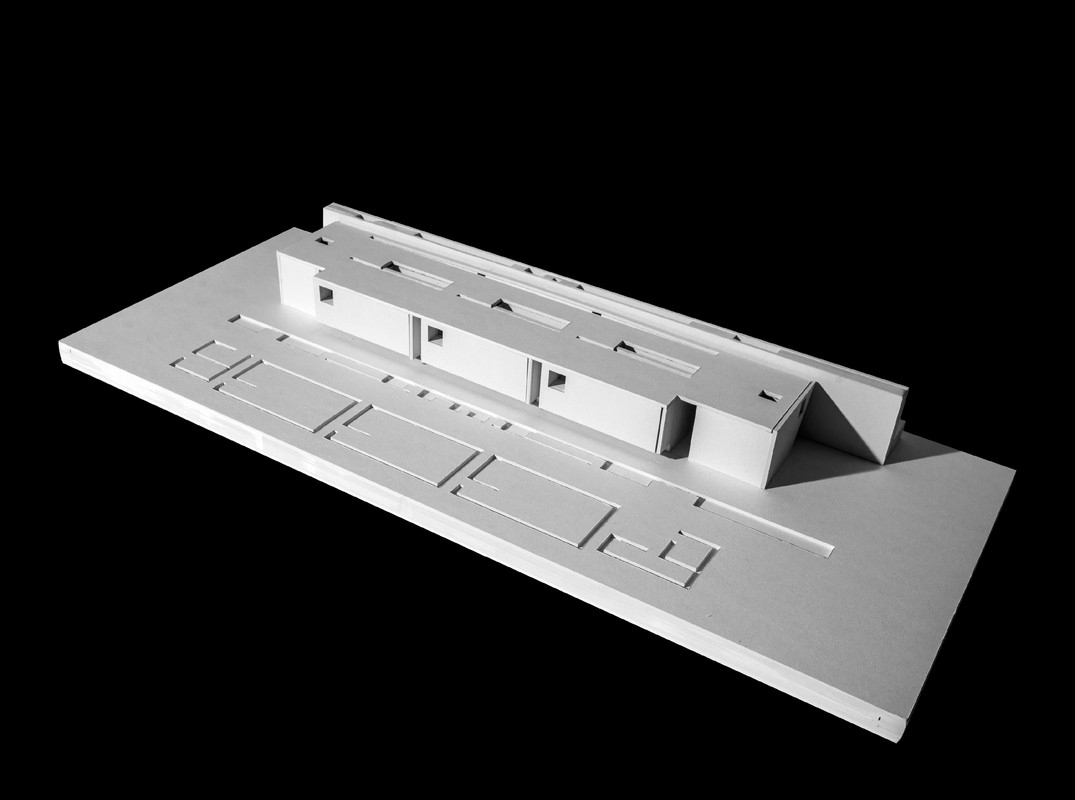 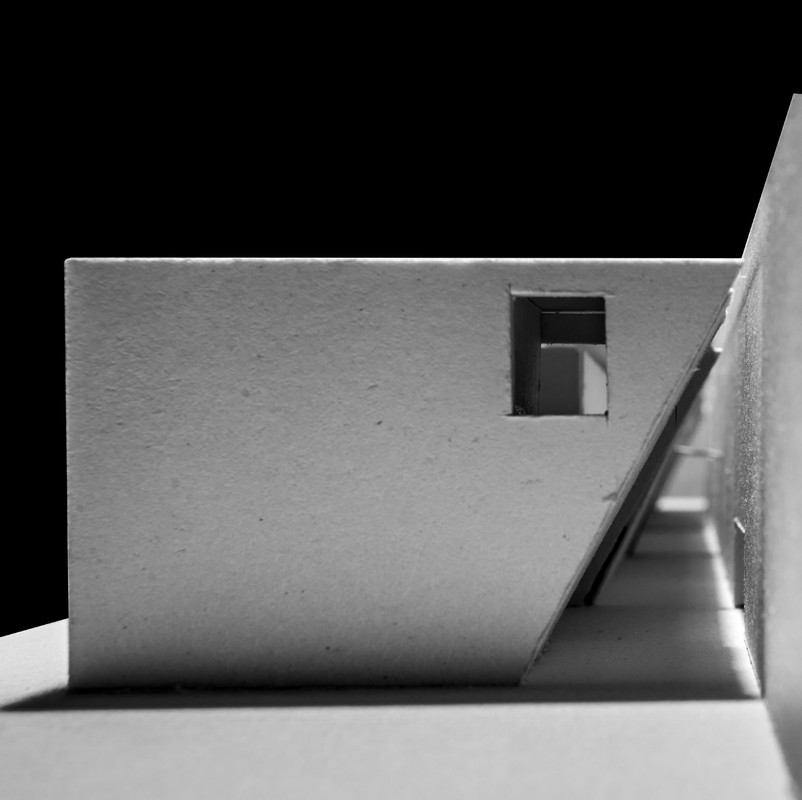 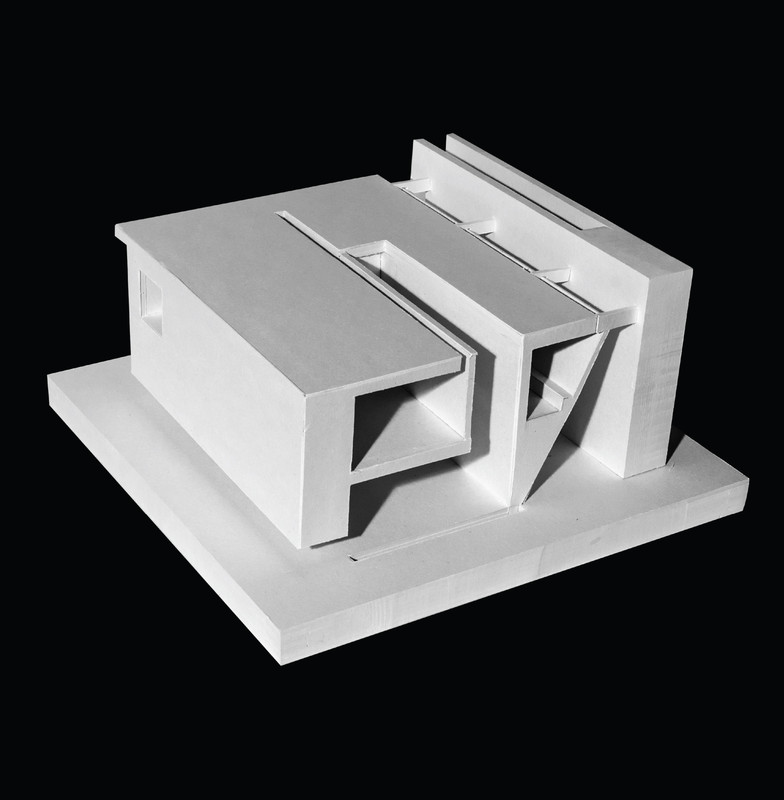 Plastered with a warm peach color, the simple volumes are thought in a double height in order to make big light well that can diffusely brighten up to the distribution space.In the ground floor classrooms, an horizontal void posed at a child height creates a funny connection with the outside, in order to lighten the blocks by detaching them from the floor.
On the first floor a light raised walkways system guarantee the connection between the wall and the volumes where the canteen and the teachers’ rooms are; here a 2 meters per 2 meters window finds its place in the thickness of the wall defining a suggestive seat. 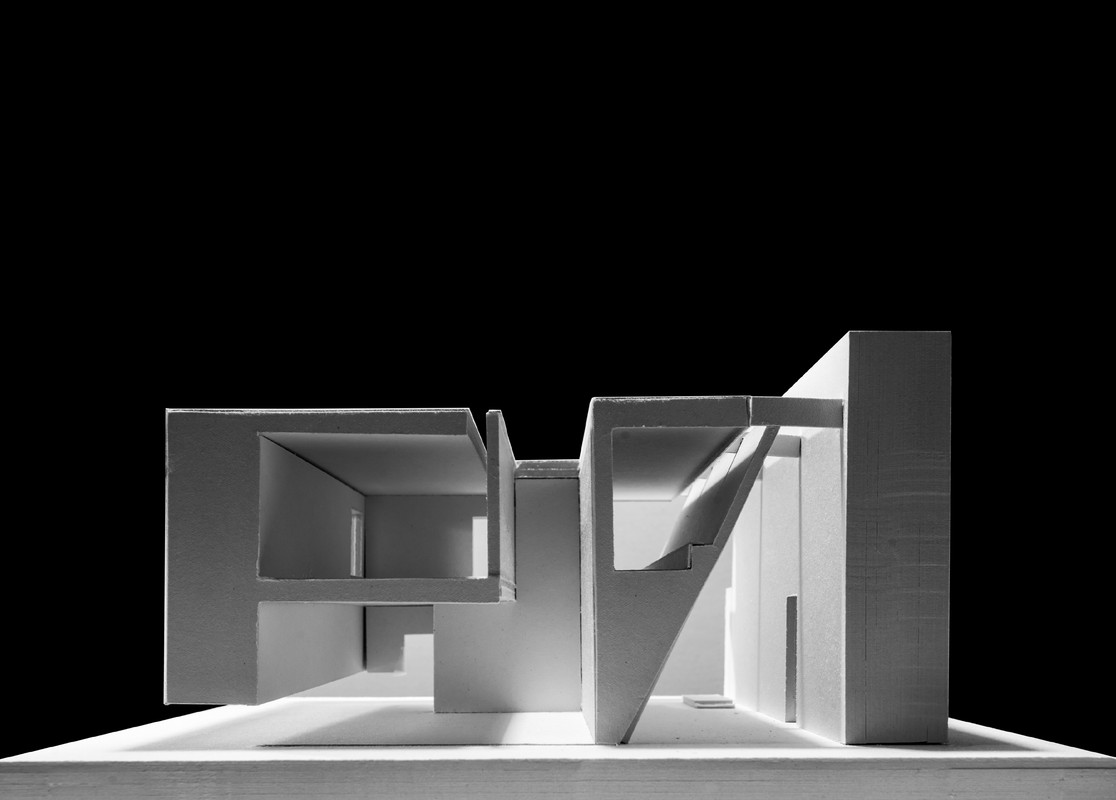 The external pavement is hosted into the distribution space, changing weft only into the children play rooms.In this way the gradual origin of this project is remarked: starting from a very wide urban scale, it narrows into a more minimal and intimate unity. 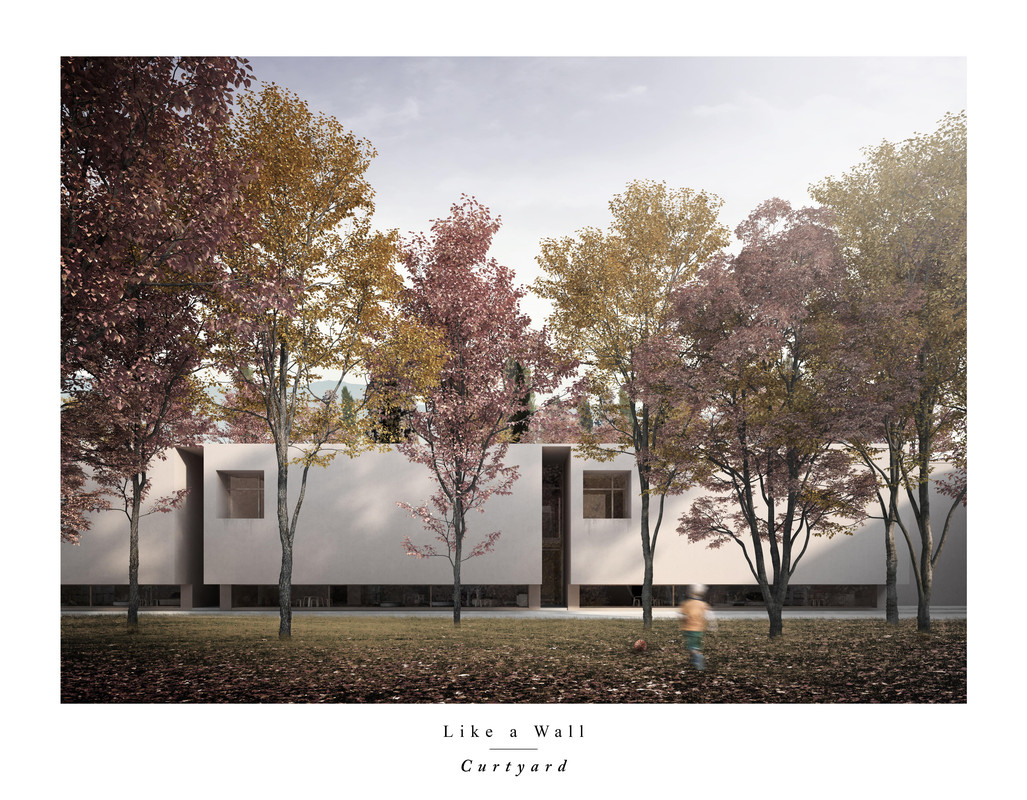 Stephan Zirwes Focusing on the Privatisation of Public Pools 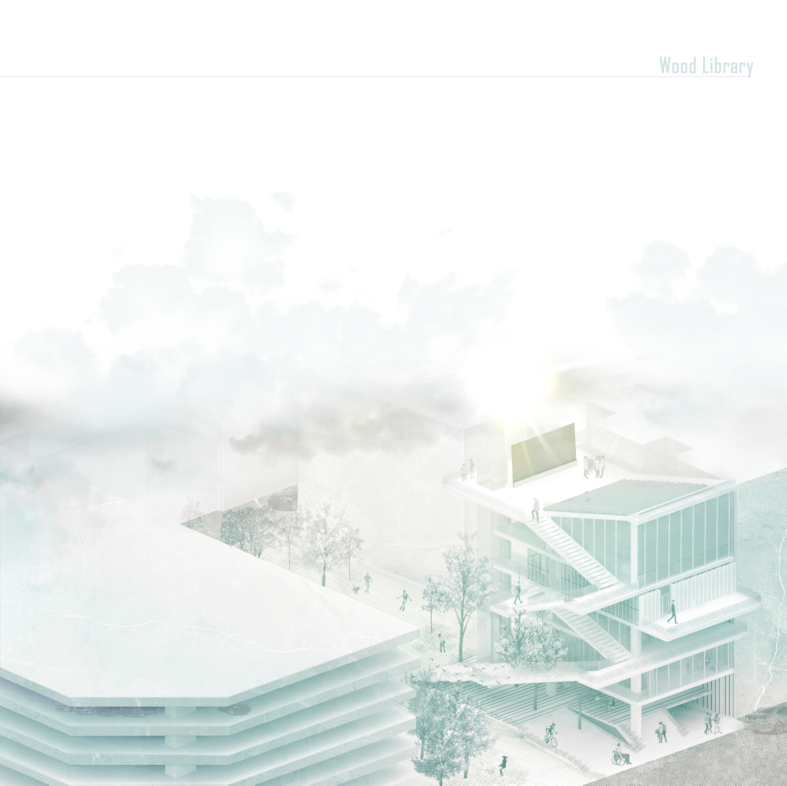 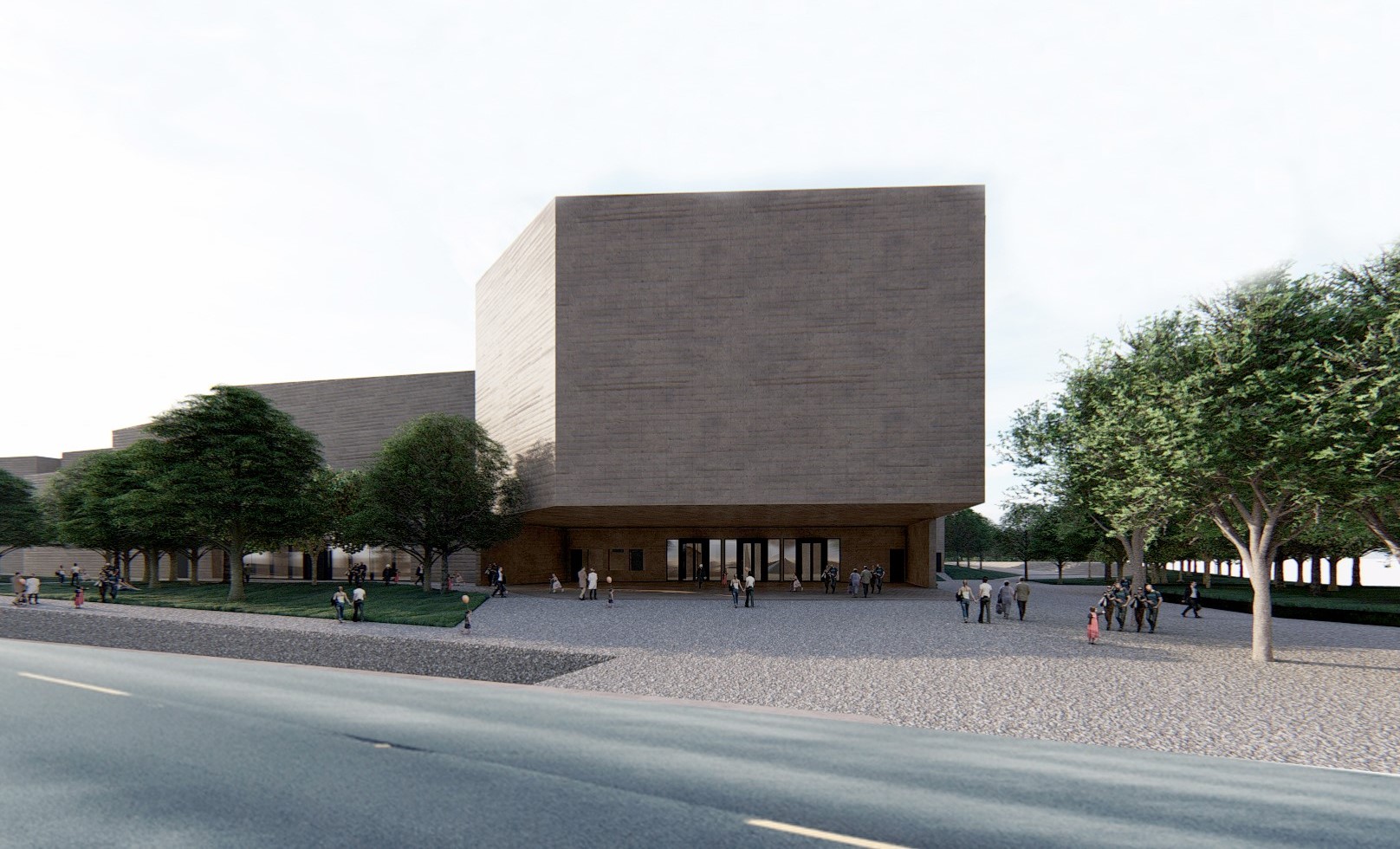 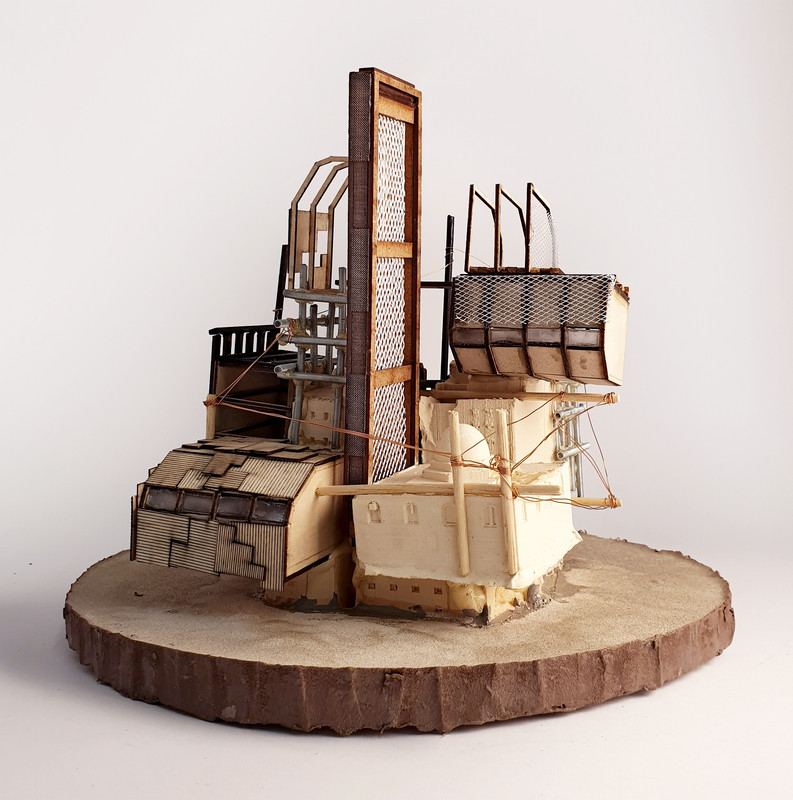 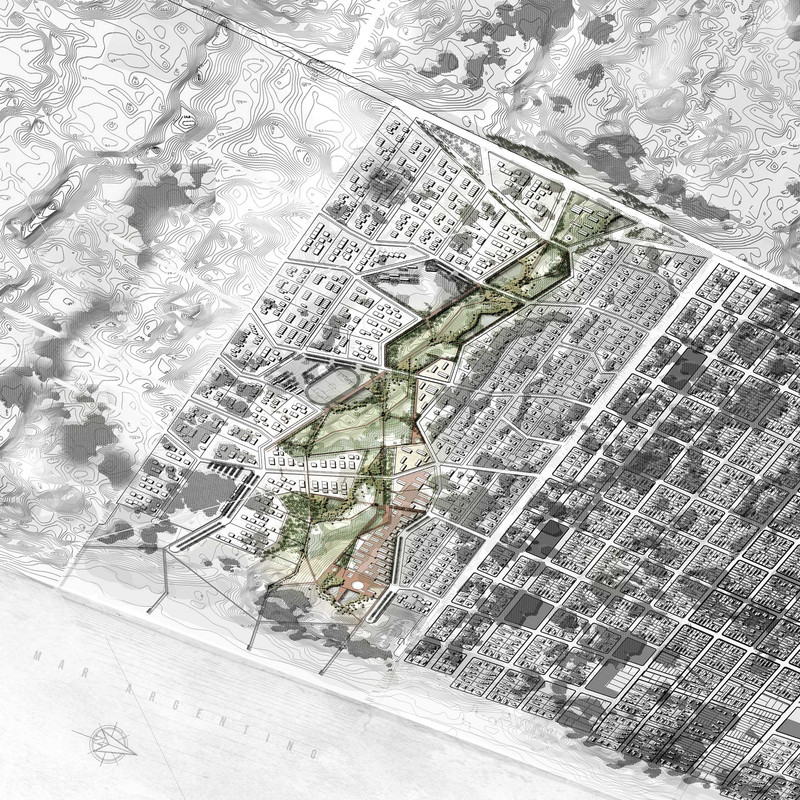 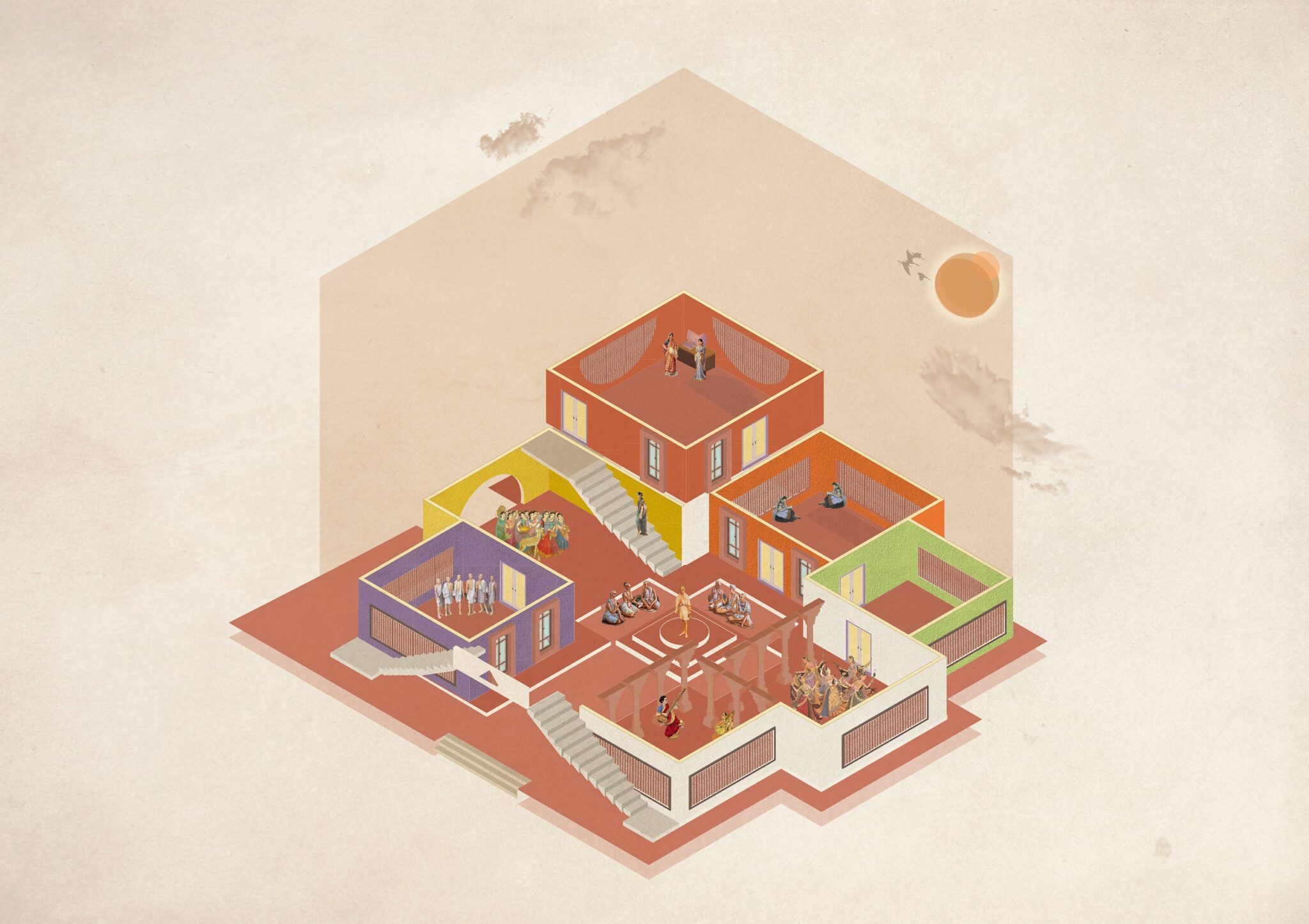