The “Public City” is a publicly-funded housing development and park, with a number of cultural centers (museums, performance halls, fitness facilities, shopping centers) dispersed throughout.  Through a number of planning and architectural strategies (irregular partitioning of the site, idiosyncratic building configurations, loose collaging of disparate elements), the Public City at once provides a diverse and sustainable social life for Silicon Valley and resists the threat of privatization by creating resilient communities.

The site is Moffett Federal Airfield – a decommissioned pre-WWII-era naval airbase which is currently owned by NASA, and leased by Google.   Google and its subsidiaries mainly use the site as an airport, as well as an occasional product testing site.  The scheme includes a coexisting of Google’s current activities on site, including private jet flights and storage, and product testing.  The runway and hangars are preserved, but Google is forced to conduct their activities harmony with the regular citizens of the Bay Area, including those who require publicly-funded housing. Every great city has its cultural centers and tourists attractions, but Silicon Valley is woefully lacking. The Public City aims to build from scratch a public, cultural identity for the city of Mountain View, and for the surrounding Silicon Valley.

Transcending Physicality, Endeavour in Realising the Power of Architecture to Move / Advaith Mani 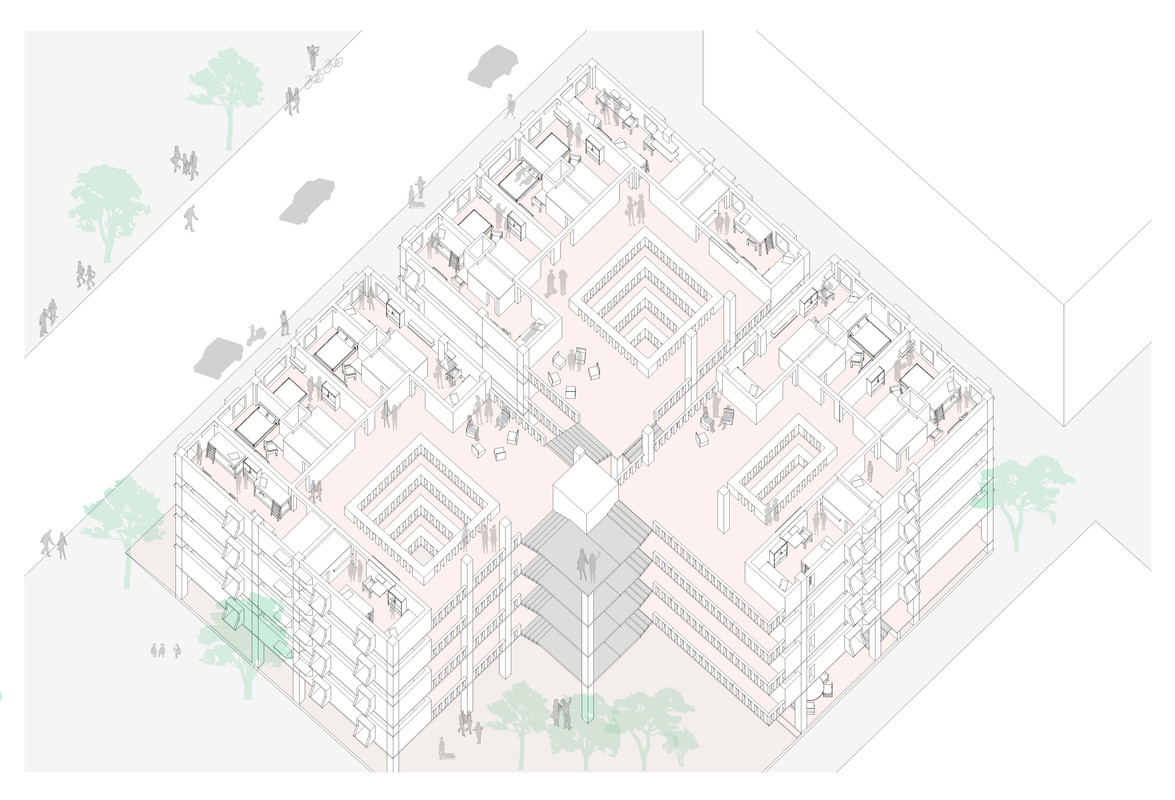 Read More
The project for the redevelopment of “Parco delle Magnolie” located in Montoro (AV), starts with the reconstruction of…
sstudent projects

Read More
During the 1950s, the Houses of Culture (further referred to as HoC) played a big role in the…
sstudent projects

Read More
In the presence of a land with great commercial and residential importance, three types of space are configured…
sstudent projects