What is CITY CYNOSURE?

City’s landmark or city center or iconic building at busy junction known as CITY CYNOSURE We gain our experiences with architectural space in the interaction between bodily elements and spatial figures or between spatial form and physical form.this interaction, the complementarity and continuity or, , mixture of filled and hollow, of mass and void, of volume and space from the standpoint of porosity.

Porosity—that is to say, the manifold integration of hollow spaces into physical mass—gives us a specific experience when translated to the scale of architecture. Porosity in architecture does not limit our spatial latitude with a solid boundary but rather gives us the feeling that we can follow the infiltrating gaze in order to penetrate different forms and depths spatially as well.

When we walk around a building that is inserted into the perimeter architecture of a public square and hence primarily involved in the production of public space, it breaks free of the contour and becomes an identifiable architectural volume Seen from the square, the building is at first entirely subordinated within the wall of the square and participates in the contour of the square . As a result, the square, as a concave spatial figure, has priority over the building masses that form its background. When architectural volumes form the concave contour of a square, however, the outer side of the buildings and the inside of the square simultaneously claim the facade surface as a shared boundary in a kind of “rivalry over contour”. If we now aim for the building and walk around it, our perception.

Building have 60% of commercial use which is offices outlets and shops then 30% is neighborhood component which program require for society.

Then 10% is social aspect of total built-up area.

The 30% component which is neighborhood is actually multiple program’s like open mic program,open studio,co-working space,open gym,open movie theater,and to keep gradual interchange between the programs ramps are provided.

Building is design for adaptive reuse  because program which is required for society in current context,defiantly this requirement will not be in future.

So to keep building functional even after some year, internal walls of building can be removed and can adapt different program.

So building is adaptable in use as well as become a landmark of the city. 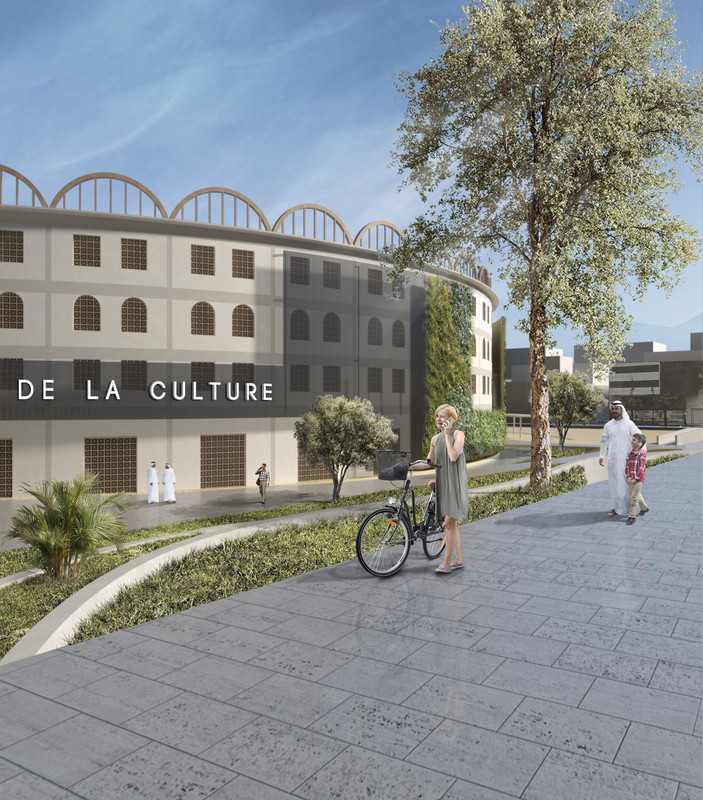 Read More
The project is an interior architectural intervention focused on ‘re-functioning’ , which is recommended especially for children from…
sstudent projects

Read More
We are already in the middle of the climate crisis. Science gives us ten years to stop it…