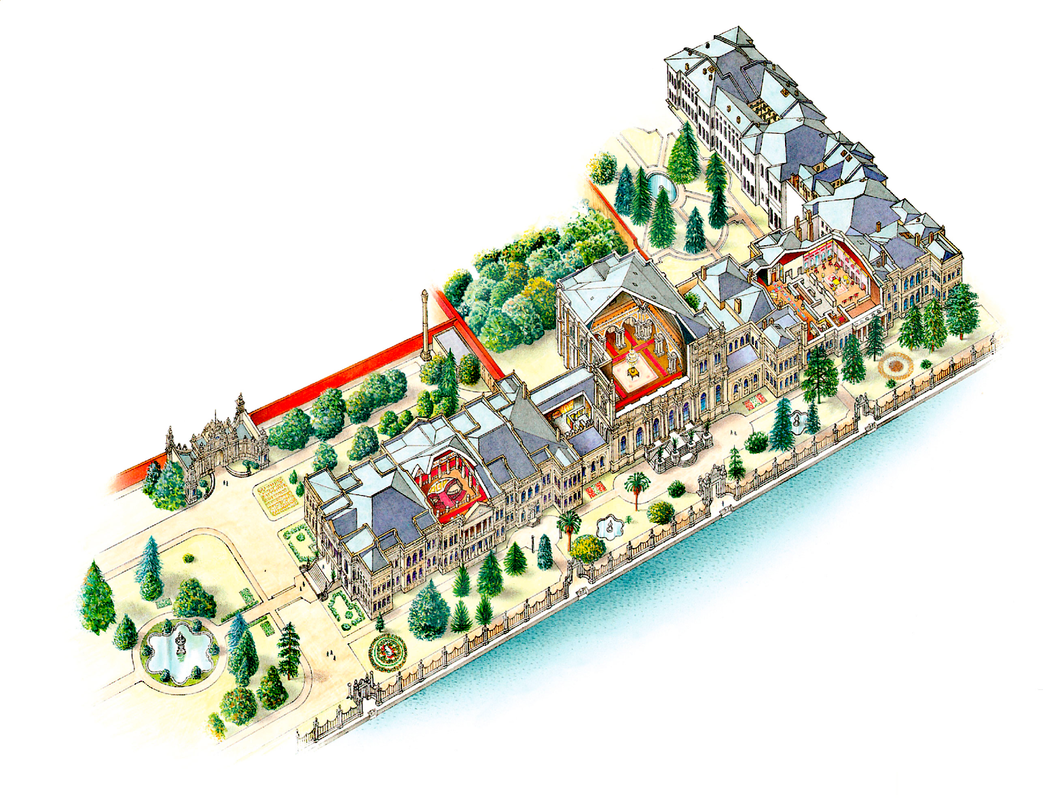 Dolmabahçe Palace, which is built on the monumental dimensions of the European palaces, cannot be connected to a particular form since it is equipped with elements of different forms and methods. The plan, consisting of a large middle structure and two wings, is used in the past for the purposes of ornamentation with a different understanding of the elements with a functional value.

Dolmabahçe Palace has three floors and symmetric plan. There are 285 rooms and 43 rooms. The foundations of the palace are made of chestnut trees.

In important rooms and halls everything has the same color tones. All the floors are covered with different ornate wood parquet. The famous Hereke silk and wool carpets, the most beautiful works of Turkish art, are in many places. The rare decorative crafts of Europe and the Far East decorate the palace. Many of the palaces have crystal chandeliers, candlesticks and fireplaces. 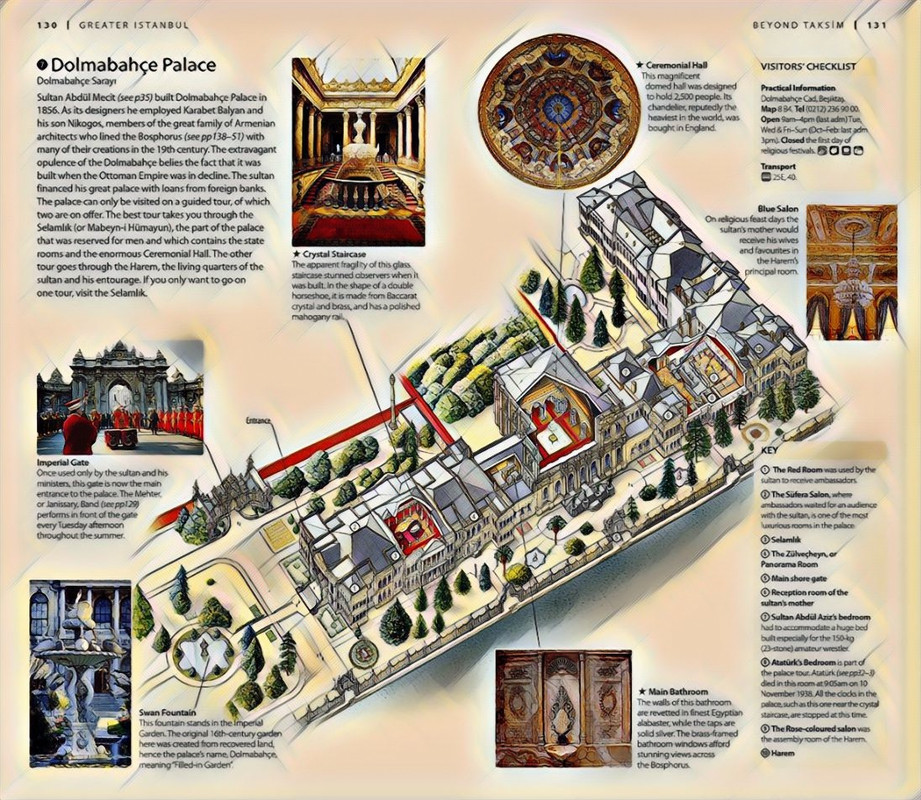 The main and outer walls of the palace were made of solid stone, partition walls were made of threshing brick, floors, ceilings and roofs were made of wood. In order to reinforce the body walls, iron tensioners were used. The massive stones were brought from Haznedar, Safraköy, Şile and Sarıyer.

The brick walls covered with stuka marble are covered with panels by using marble slabs or precious trees. The windows are made of oak timber and the doors are made of mahogany, walnut or more precious timber. Çıralı pine timber was brought from Romania, the oak beams and beams from Demirköy and Kilyos, and the doors, paneling and parquet timber were brought from Africa and India.

Marmara marble was used in the masonry vaulted baths, and Egyptian alabaster ore was used in the Hünkâr bath. In the windows, glass that does not wear ultraviolet rays has been used with special manufacturing.

The round arch and barrel vaulted section forms the main beam of this door. Two wings of the door are made of iron. On both sides of the entrance of the door there are twin pillars on high pedestals. 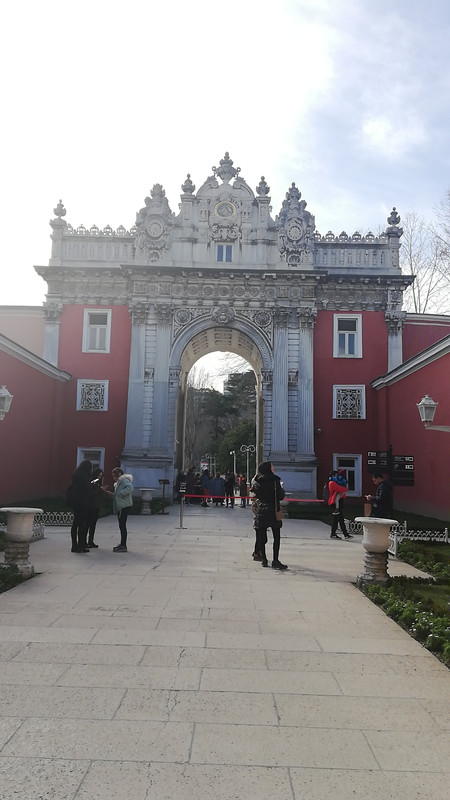 The medallion on the crowned upper side of the gate contains the monogram of Abdulmecit and the inscription of the poet Ziver dated 1855/1856.

The decoration of the Treasury Gate is mainly composed of cartridges, hanging garlands, pearls,

The round arch and barrel vaulted section forms the main beam of this door. Two wings of the door are made by iron. 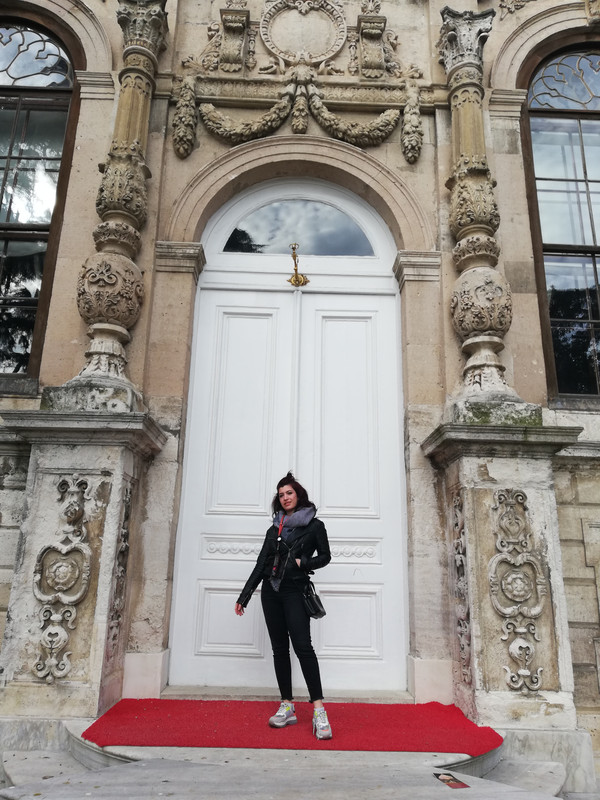 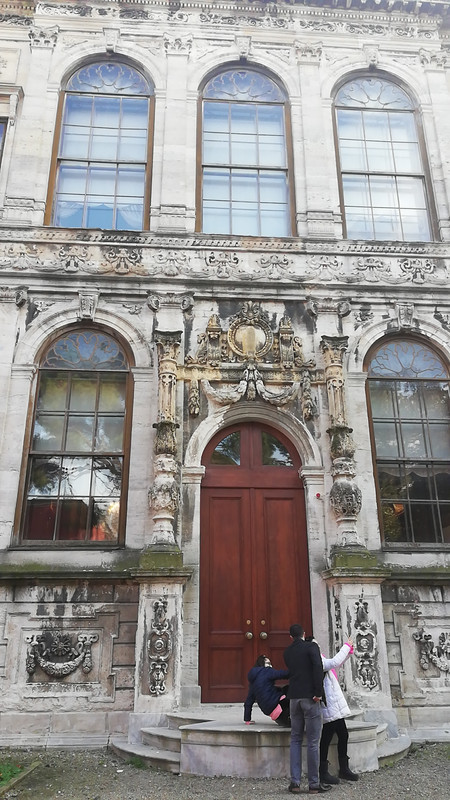 Has Bahçe, Mabeyn or Selamlık Bahçesi are also known for their names. In the western style, there is a large pool in the middle of this garden.

The Harem Garden, which is located on the land side of the Harem Circle of the Dolmabahçe Palace, includes oval ponds and beds arranged with geometric shapes. The gardens on the sea side are the continuation of Has Bahçe. There is a pool in the middle of the fields located on both sides of the Great Yali Gate. Arrangement of the fields with geometric shapes, the decoration of objects such as lanterns, vases, sculptures, shows that the garden is under the influence of the western structure, such as the main structure. In the gardens of the palace, mostly European and Asian plants were used. 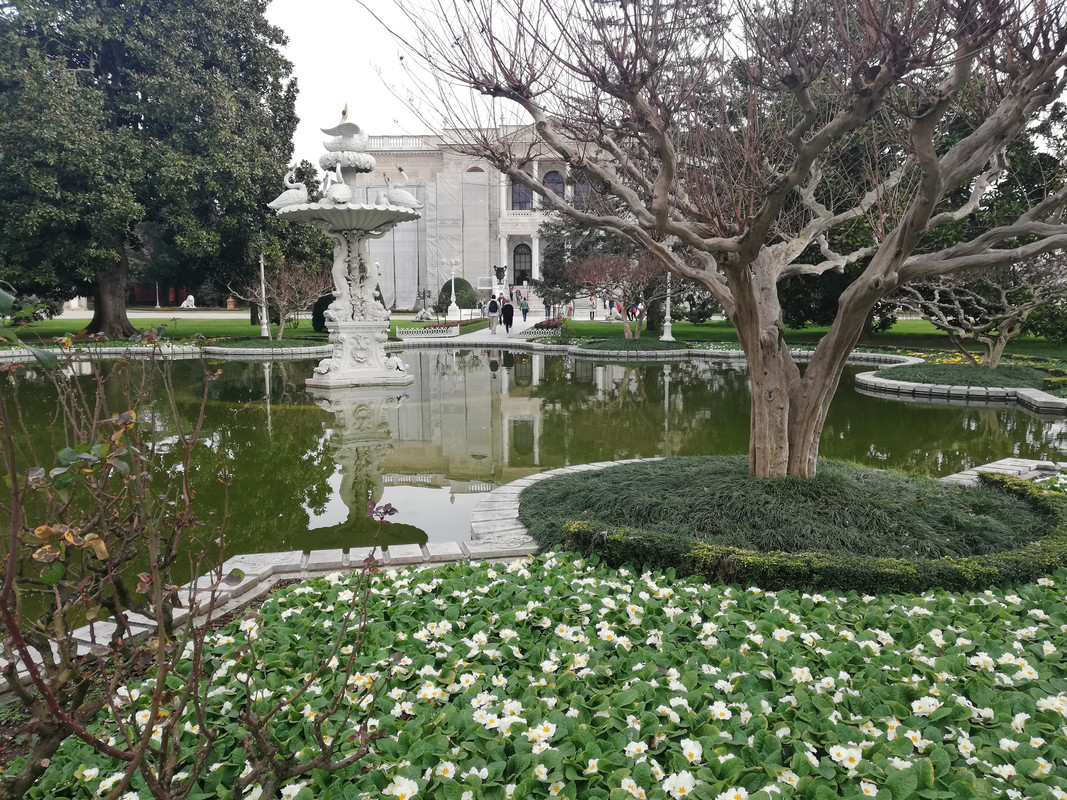 Become One with Nature, Under Favour of Mirror Façades
Next
Subscribe
0 Comments
Inline Feedbacks
View all comments