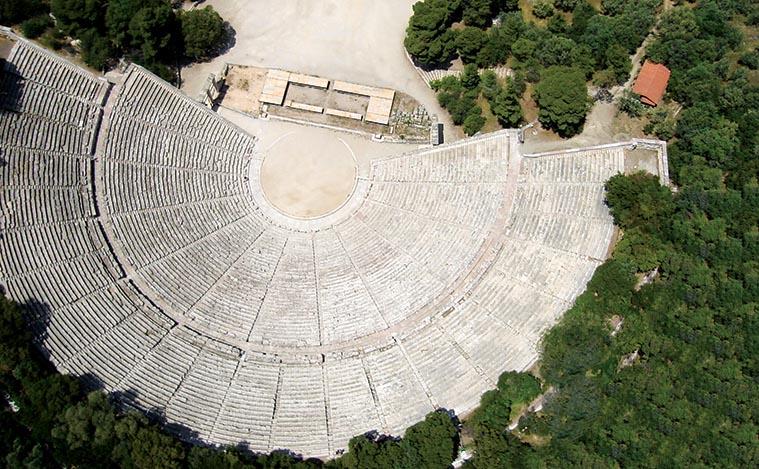 The Sound of Architecture – Ancient Times

Architecture can be mostly perceived visually, but it is necessary to talk about the auditory perception of architecture and how it is reflected in structures in the past.

First of all, just close your eyes to better hear the architecture. This will be much more effective, especially if you are in an arch with giant mass-bearing columns. Moving around by listening to the sounds reflected from the structures leads to the strengthening of the auditory perception and an effective communication with the structure. The type of material used in any structure is very important for acoustics. Because materials that reflect or absorb the sound play an important role in the acoustics of the space. While the sound of a marble or ceramic is easily heard, heavy fabric or thick carpets cause dead spaces because of being absorb sound.

In history, it is possible to say that the acoustics of places change with the developing technology. However, the open-air theaters where the sound is reflected in its purest form have been widely used in ancient times. Many examples of these theaters, especially those built and used during the Hellenistic and Roman periods, can still be seen and experienced today.  In the antiquity, architects were interested in the structure of the land, the slope and diameter of the rows of seats, the spread of sound in the theater and the studies to make the sound heard in the same clarity all over the theater to provides acoustics in theater. They have done a lot of research and works related to all of these issues and they have created high level jobs with limited opportunities.

First of all, the land in which the theater was to be constructed had to be acoustically appropriate. The land should not have four characteristics defined by Vitruvius: Dissonant (disturbing reflection from above), circumsonant (focusing), resonant(echo), consonant (supporting reflection from below). A suitable land was chosen where the sound waves would spread without reverberation.  Another important factor relates to the rows of seats. The semi-circular concentric rings of the seats would reflect the sound back directly into the center of the orchestral circle, but as the seats were inclined vertically to the mountain skirts, the reflections would go to the air. In any case, the seats would serve as a good sound absorber. 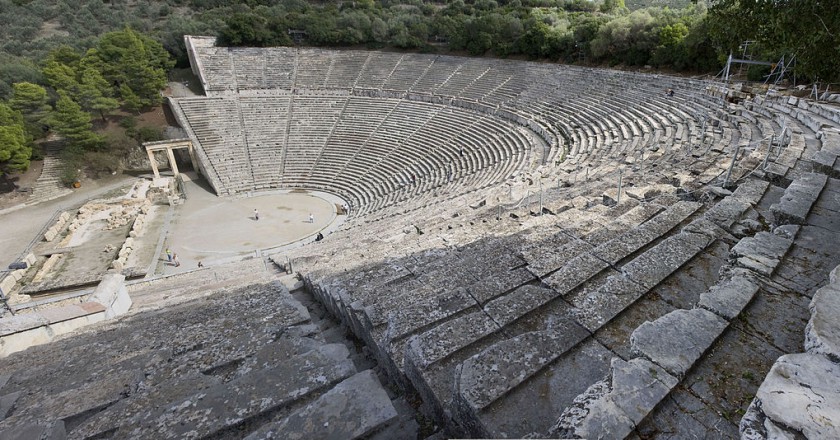 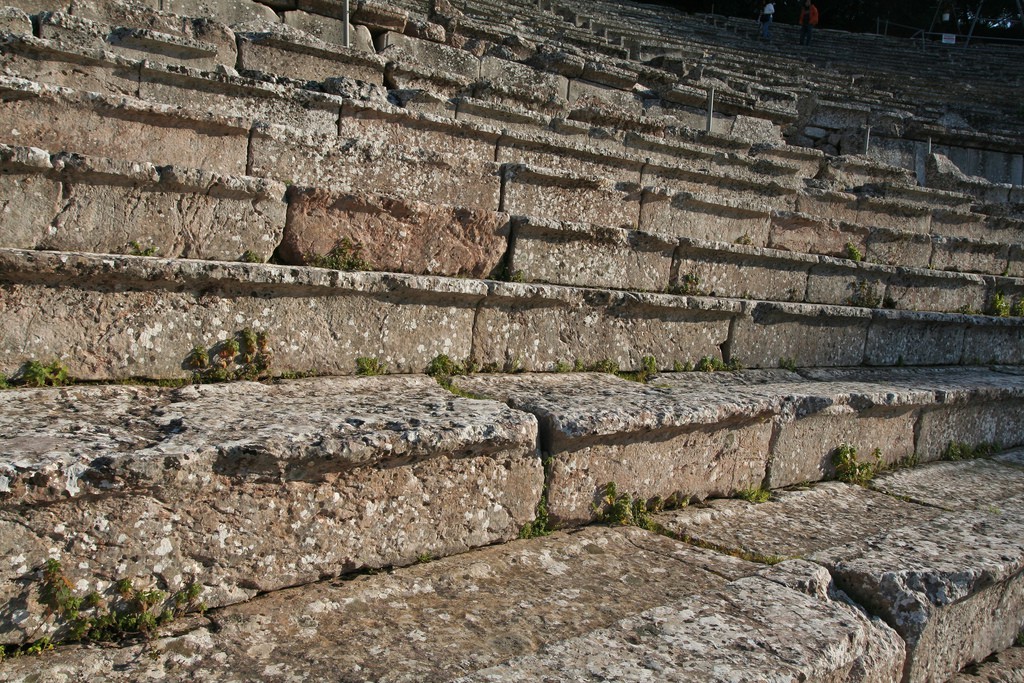 For example, the rows of limestone seats in Epidaurus creates an effective acoustic filter that collects low-frequency background sounds and reflects the high-frequency sounds of the performers on the stage, and carries an actor’s voice to the back rows of the theater. Acoustic properties have not been taken into consideration in the selection of building materials (limestone, marble, etc.) to be selected for the construction of the theater. However, we can say that these materials used in different parts of the theater affect acoustics. 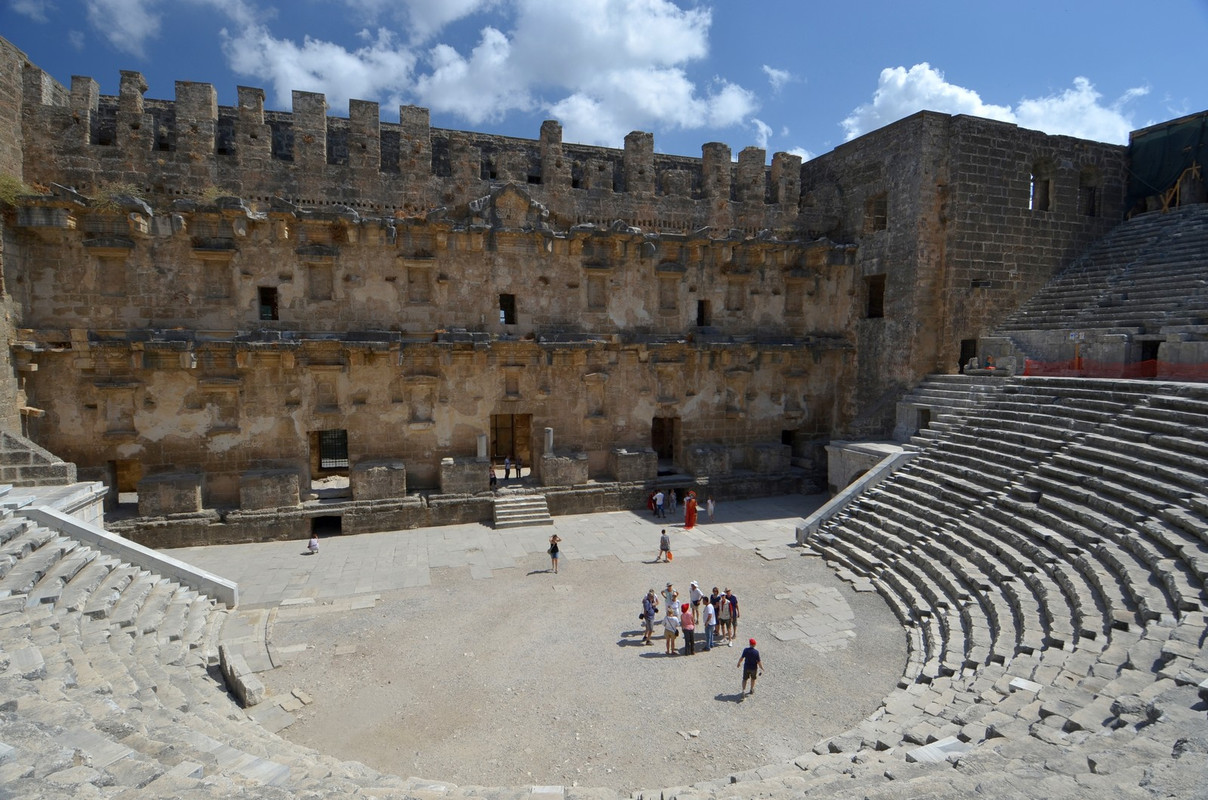 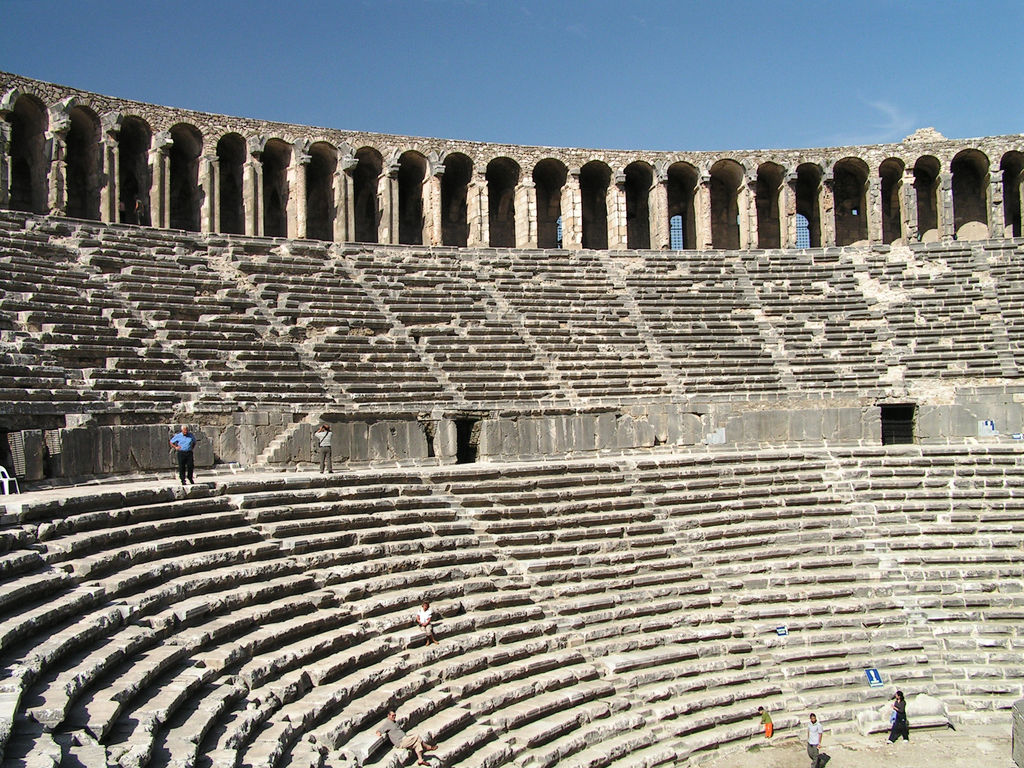 As the slopes were not always suitable, the Romans often tilted their seats on a series of barrel-vault. The most preserved example is the Aspendos, built by Zenon, son of Theodorus. Additionally, Velum, which protects people from the sun by closing the theater, is thought to have acoustically benefited by preventing the echoing of the sound. The fact that the Roman theater plan was more closed than the Hellenistic theater, allowed the acoustic parameters to reach a more advanced level in these theaters.

As a result, many factors need to come together for the acoustics of spaces to be qualified. In ancient times, the structure of the land, the building material used, the development of the rows of seats, the awnings that helped to improve the acoustics were very important in this respect. Over time, we can say that acoustics have evolved for various reasons. I’m going to look into it in next article.

Artist of the Week 3: Grace Casas

Is It Necessary To Know Rendering?

Read More
Renderings, one of the most important representation tools, are very realistic and successful with the latest version Lumion…
aarticles

Read More
Do you ever wonder how mother nature works ? Biomimicry is searching for this question. As far as…
aarticles

Read More
Looking for a job is not just fun. It is a tedious process to choose the right firms…
aarticles

Read More
Wooden houses are often preferred especially in rural areas in terms of cost and ecological. For those who…
aarticles